‘No Way To Prevent This,’ Says Only Nation Where This Regularly Happens - Gun Violence in America


This is one of our ongoing, loosely structured community conversations about daily news with thousands of replies. There is no need to read the entire archive for context. If you are new you can skip to the end and join in the discussion of current events as they happen. However, it is always a good idea to spend at least a few minutes reading first to get a feel for the community and the topic before posting.

h/t to the Onion, as real life keeps imitating it: https://www.theonion.com/no-way-to-prevent-this-says-only-nation-where-this-r-1823016659

The latest is a shooting at the Gilroy Garlic Festival, at least 5 wounded, and I saw one report of at least 11. I went there last year. Happy I passed this year. 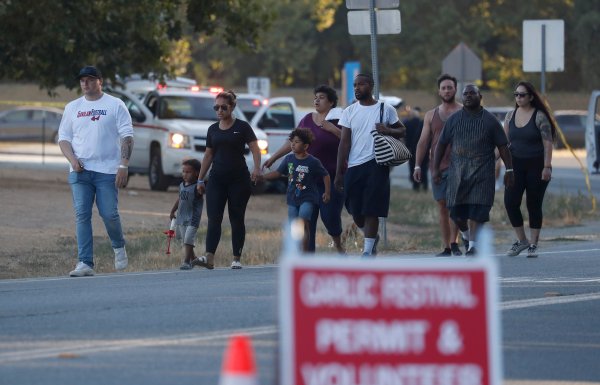 Four dead, including suspect, and at least 12 hurt in shooting at Gilroy...

At least four people were dead, including a suspect, and 12 people injured after a shooting Sunday evening at the Gilroy Garlic Festival Sunday, with police still searching for a potential accompli…

Yawn. Where is the keeed antifa thread?

Whenever this happens there’s a period of time I think surely this time something will get done on gun control. But then I come to my senses.

A garlic festival. Gotta admit, didn’t see that one coming.

Maybe when a black guy shoots up a white Christian church in a red state. Maybe. Certainly not hoping for that, but that is about the only scenario I can think of that has any chance of moving the needle.

So I assume at some point a gun nutter will visit this thread.

I have a question for you. I can lock my cellphone with my fingerprint. No one else can use my cellphone unless I unlock it. Why can’t you ammosexuals come up with a gun that does the same thing? The technology is there. So fuck off w/ your “mah freedom” bullshit.

I see we waited until there was a mass shooting to start the Gun Violence in America thread here on the new site and made it all the way to… * checks calendar * …day two.

Whoa, I like this site. Just noticed new replies pop up automatically rather than having to hit F5. Well done guys!

I thought surely, surely after Sandy Hook. But nope, country as a whole puts guns ahead of kids.

I held out some hope after Newtown just because of the response.

I also thought maybe a chance after some Republicans were shot at that softball practice.

But yeah I don’t even think for a second this will be the time we will do gun control. I’m to the point I consider it a losing issue.

And yeah it depresses me so hard I just said doing something about gun violence is a losing issue.

The only thing that will move the needle is an Emmett Till scenario where a parent shows the gun wounds of an innocent child to the national media. And it will have to be a white affluent child at that. And even that may not be enough.

Our culture is weird. We glorify violence through video games, movies, TV shows, etc.
Yet we don’t actually SEE violence. It’s all sanitized.

44 sec youtube of someone at the Gilroy Garlic Festival in spoilers as you hear shots fired.

I’m not sure where I am on gun control anymore. If I could snap my fingers and make all guns disappear I would but that’s not how it works. And when we have police shooting unarmed minorities and ICE deporting American citizens I don’t think we should be making it harder for people to arm themselves.

When your scared of the boogieman, no way someones taking his gun.

Gonna x-post this here. Someone must have blown a lot of cash on things that are not paying off. 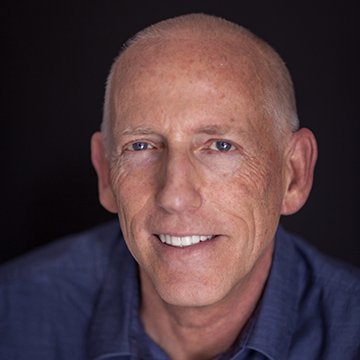 If you were a witness to the #GilroyGarlicFestivalshooting please sign on to Interface by WhenHub (free app) and you can set your price to take calls. Use keyword Gilroy. https://t.co/ilASD9kVAt
1 Like
GuyIncognito July 29, 2019, 7:57am #15

One of my best friends is a gun nut. He has a pistol in his bedside table, I asked why he doesn’t get one of those biometric safes that open in a few seconds, his response was “I might need those few seconds”.

I assume his answer to your question would be the same. They really don’t want to give an inch.

Ya I completely lost any hope for that after Sandy Hook. Dem pres and friggin schoolchildren and nothing changed.

Any news on who the shooter is? I’m assuming it’s another 4chan loser.

This other source has some quotes from his social media and stuff, including him plugging an old white supremacist book by saying

Read Might Is Right by Ragnar Redbeard. Why overcrowd towns and pave more open space to make room for hordes of mestizos and Silicon Valley white twats?

It could have been a lot worse - I was reading that police shot and killed the gunman within 2 minutes. Pretty impressive.Obviously really tragic, but when I read things like that I breathe a slight sigh of relief. What could have easily been a 20+ body count is 3.