Premise: You are a voter in a “battle ground” state. You believe voting is important, works, and even a duty. An evil genius says you can only do one of the below. What would you do…

ETA: For the record, the premise has went from “typical CA liberal pussy” to “typical SoCal liberal” to “voter in a ‘battle ground’ state”. Yea I suck,

Will you please stop?

I’m not sure what is happening in this thread, lol. If you are a liberal in CA, seems like electoral college means your vote is “non-essential”. So, donate to help Biden (err the liberal candidate) be competitive in other states. I live in Texas and its purple!. Your money will help a lot here. Narrator?

Good point. My bad. I just made exactly your point in another thread too, I was so busy adding in “… and a little fun” that I shot the whole “vigorous debate…” point of my own damn thread in the foot. Yea, I suck.

So, I’m going to possibly invalidate the votes already made by changing the Q. In fact, for a second time. For the record, the premise has went from “typical CA liberal pussy” to “typical SoCal liberal” to “voter in a ‘battle ground’ state”. Yea I suck,

Why is this not in the lounge?

I won’t be able to read it in the lounge

Gotta admit I lol’d at the mother’s day photoshop. Hope you’re having fun, Sabo. From the outside it looks like you’re losing it a little bit.

I’m not gonna lie. I want to hate this thread but it’s like watching a cobra rising up out of the basket. I cannot turn away. Proceed with vigor.

Like I’ve been saying, it’s a real Q, and it would make me a tiny bit happier if folks would vote in my poll.

One way of looking at it would be to turn it inside-out so to speak, like this…

Let’s say a Hypothetical Koch Bro (HKB) had a Night Before Christmas experience, and came to realize he might well be the most evil English speaker alive today. So to make things right, he does exactly what I’d do… he runs straight to a Hypothetical OAC (HOAC), and tells her: “I’m prepared to vote for you -and- donate $100m -and- phone bank 20hrs a week (messaging)”. But, that darn evil genius interrupts with: “Like LOL, no dude, one only.” So HKB says: “I’ll let HOAC decide.”

turn it inside-out so to speak 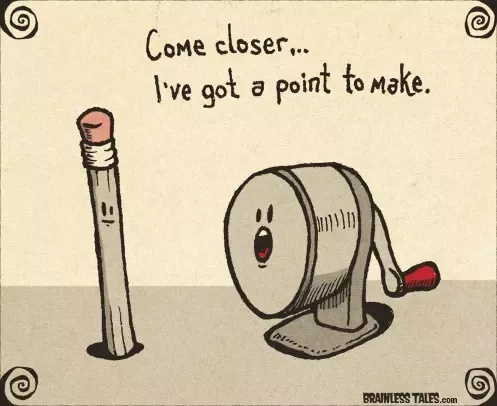 Point #1: Let’s continue our analysis of my little Q turned inside out… this time by imagining that darn evil genius was playing his darn evil game with a US Senate candidate personally. Let’s further stipulate that “messaging” for a candidate means personally appearing at rallies/etc, and being featured/quoted in campaign media/etc… while policy statements/etc, and formal debates/etc are not considered “messaging”.

So what are TED’s (typical elephant or donkey Senate candidate) options ?

For the candidate himself personally, voteHarder™ is never going to be the correct pick.

For a Senate campaign, only the very rich are going to be able to self-fund their own campaign. Of those very rich, some might not care to fund it themselves (for the obvious reasons). Of those very rich, some might be so odious that not personally being featured by the campaign is a feature, not a bug (kinda like the donkeys are trying to hide the stupid potato in POTUSBOWL). But there certainly are such billionaires out there, so for those few… messaging is the correct pick.

Accepting donations is really the only correct pick.

turn it inside-out so to speak 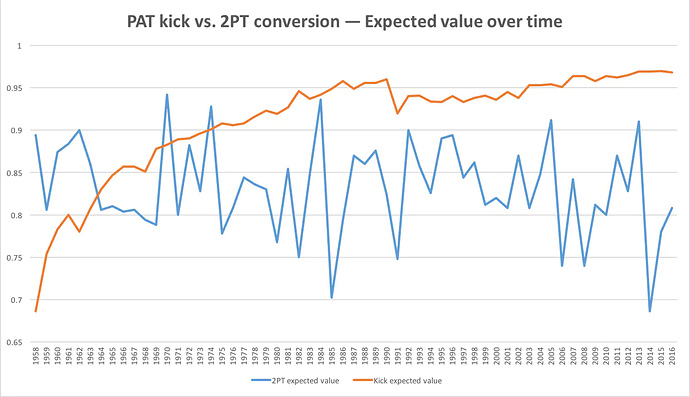 Point #2 Continuing our “bizarro world” exploration of my Q, what if that darn evil genius went to our Senate candidate personally, and said: same Q, except you make one decision that covers all your supporters, and all your potential voters. What would be the correct choice for our hypothetical typical elephant or donkey Senate candidate… 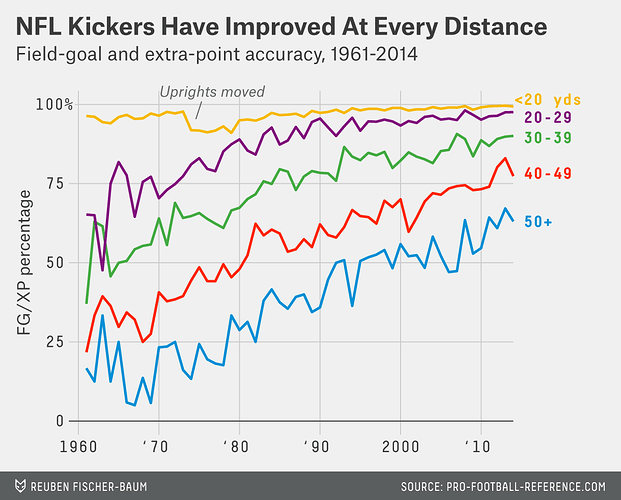 Under Point #3, our evil genius sidles up to our Senate candidate, and says: “Same Q, but this time how it relates to an individualized marginal voter. Would you, as the candidate, want such a marginal individual to vote, or donate, or to say volunteer to work a phone bank doing push-polling (messaging)?”

Point #3A: First off, we run into a great glaring difference between the normal world version of the Q: what a marginal individual voter would choose -vs- the “bizzaro” world version of the Q: what the candidate would want such a marginal voter to choose. And the reason for this great glaring difference is this: by our premise (ver 3, yes I suck) our “battle ground” voter feels voting is important, works, and is actually a duty. On the candidate side, of course they feel voting is important and works… by definition.

However, candidates don’t feel the voting public has any effective duty to vote.

Now, let’s remember this old truth: you can tell a politician is lying because words are spewing out of their pie-hole. Sure, all these snake-oil peddlers are going to carry on about how voting is better than baseball, apple pie, Chevy’s or even your own mom. Luckily for us, however, we don’t need to get our hands covered in filth trying to evaluate the truth value of their gibberish. Action speaks louder than words. We can simply look at the historical record.

But of course, there are plenty of localized examples where the tables are turned, and the donkey candidate would benefit from reduced voter turnout overall. And sure, the donkeys haven’t earned a reputation for flat out voter suppression… they do have a track record of doing everything short of outright suppression to keep the number of voters down in these localized situations.

Every GOTV effort that is party-centric (as opposed to helping all voters get to the polls, regardless of party), or geographically targeted, or targeted in any other way what-so-ever, are also excellent examples.

Cliffs: Virtually every strategy and tactic of modern campaigning obviously and glaringly highlights this basic truth: to the candidates themselves, and regardless of what lies they may habitually spew, there is no effective duty of the rank-n-file voters to actually vote.

Cliffs: Virtually every strategy and tactic of modern campaigning obviously and glaringly highlights this basic truth: to the candidates themselves, and regardless of what lies they may habitually spew , there is no effective duty of the rank-n-file voters to actually vote.

I’m going to pause my lonely, perhaps solitary, journey through the land of pointless points at this point. The reason being that Point #3A (above) is really the lynch-pin of this whole totally not pointless thread. So in the off chance any UnStuckers are following along with my chat, and have reason to disbelieve the above isn’t true… speak up now or forever hold your peace… or chime in later I guess, it’s all good.

In the meantime let’s chat a little about those darn evil geniuses. The evil genius concept is the creation R.Descartes. For us math-philosophy double majors Descartes is like our Bo Jackson… if Jackson played baseball like B.Ruth (“I think, therefore I am”) and played football like J.Thorpe (Cartesian Plane). The evil genius concept allows a hypothetical to be set up without going through the tedious and pointless effort of creating a “realistic” back story behind said hypothetical. The evil demon, also known as Descartes' demon, malicious demon and evil genius, is an epistemological concept that features prominently in Cartesian philosophy. In the first of his 1641 Meditations on First Philosophy, Descartes imagines that an evil demon, of "utmost power and cunning has employed all his energies in order to deceive me." This evil demon is imagined to present a complete illusion of an external world, so that Descartes can say, "I shall think that the sky, the air, the ea Some ...

(post withdrawn by author, will be automatically deleted in 1 hour unless flagged) 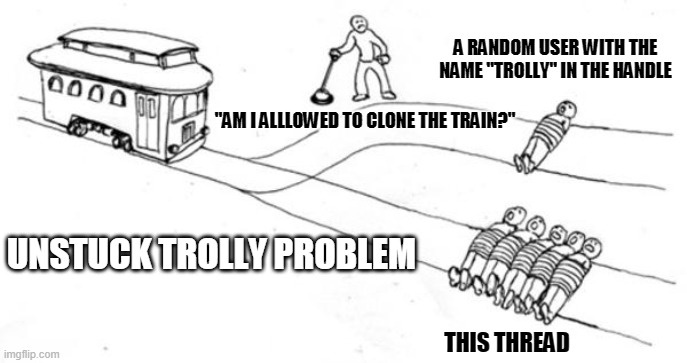 What did Trolly do to this person in the other forum?

Under Point #3, our evil genius sidles up to our Senate candidate, and says: “Same Q, but this time how it relates to an individualized marginal voter. Would you, as the candidate, want such a marginal individual to vote, or donate, or to say volunteer to work a phone bank doing push-polling (messaging)?”

OK, we’re back. So let’s go on ahead and complete our bizzaro land visit to the Q, while also completing our analysis of Point #3.

Point #3A, established that duty to vote isn’t a consideration in this particular case. That means we can evaluate Point #3 strictly by expected win rate. If we make the further (perhaps tenuous) assumption that professional campaign managers know how to spend campaign dollars wisely, we can substitute spending as our metric. Lets do just that.

The voters per dollar line (V/$) is the stat most often reported in the press. I think it’s an obviously brain dead stat, and clearly underestimates the value of the vote The next line ((Vc+Vt)*0.2)/$) makes more sense to me. This is the value of a decidable vote, with the WAG that 20% of voters were decidable. The bottom line is the same, except with a WAG of 40%. 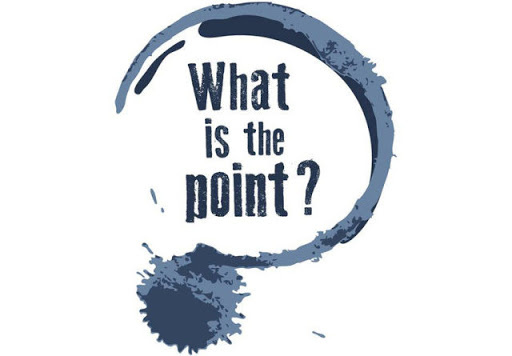 Point 3: Given their druthers, candidates themselves would prefer their supporters message (volunteer to phone bank push poll, etc)… as opposed to vote or donate.

Point 3: Given their druthers, candidates themselves would prefer their supporters message (volunteer to phone bank push poll, etc)… as opposed to vote or donate.

Point #4: If we believe the air-tight logic of my Point #3 above, the candidates would prefer messaging (as volunteer campaign workers). If we trust in our fellow UnStuckers instincts, a majority (55% now) believe that a typical who feels voting is “important, works and an actual duty” would prefer voting. This leads to the perhaps paradoxical situation where…

As I mentioned, the “kicker” here is that sense of duty. Our typical voter has it (by premise) -vs- the major party candidates who do not (if we believe Point #3A above).

Point #5: So… what has this to do with IRL? Directly nothing. IRL evil geniuses don’t have powers just short of a god. Instead, they can be dismissed like this: shoo evil genius shoo !!!1! And they are gone. But, the former intervention of our evil genius does indeed tell us how we might prioritize our political action. As in…

Since you’re so curious about my schedule, my mom has several sleep disorders and I make it a point to call her once a week, usually late at night when she’s up doing laundry. I’m also often dicking around and posting dumb shit on the internet at the same time while talking with my mom about various disease outbreaks and cozy murder mysteries that we both like to read.

PS: your dog is ugly.

@moderators I’ve tried to ignore this thread, but it’s super fucking creepy and I don’t think anyone here besides sabo wants it to continue so I request it be locked.