"Missing" persons and other murder mysteries

Is anyone following this Gabby Petito missing person story?

As I understand it, a “van life” couple went on a road trip a month or two ago, and the missing person is thought to have been in Grand Teton National Park the last time she had any contact with anyone. The boyfriend/fiance returned (alone) from the trip, and has provided zero information to anyone about what might have happened. Florida police believe he’s hiding information, but they can’t really do any investigating, because there’s not really any evidence that a crime has been committed. There’s evidence of at least one domestic violance issue during the trip.

If this guy did kill her, it seems like an incredibly bold plan: take your fiancee on a road trip, kill her and hide the body somewhere remote, return without her and just straight up refuse to talk to anyone about her.

What makes this even more interesting is the possibility that there’s some small area in Yellowstone Park where it’s not possible to prosecute people for crimes committed there.

Add to that this incredible comment from the Jalopnik story:

This is a local case for me, so needless to say it’s gotten a ton of attention around here. I’ll eat my sock if the boyfriend isn’t guilty . Apparently they also crossed paths with two other people who went missing, he’s allegedly made edits to her Instagram posts to make their trip seem more dangerous presumably to make an accident look more likely, and he had also been reported to be reading a book about traveling the country in a van and killing people. I feel horrible for her family. She seemed like a very nice girl and he seems like a real weirdo.

Those two other people who were “missing” were found dead of multiple gunshot wounds.

I’ve actually been getting ~daily updates on this since she first was reported as missing a week ago because my gf is loosely connected to this girl through a couple degrees of friends/acquaintances. I remember a podcast about the Yellowstone immunity zone (Radiolab maybe?) but hadn’t made the connection until reading your post. That would be a wild twist in the story.

It’s super sus and it’s like 99% this dude killed her.

Definitely keep this updated - I feel like this could be UP’s version of the infamous 2p2 A***da K**x thread.

I’m all in on the Murdaugh case. Just absolute insanity, dead bodies everywhere in this family’s past and absolutely zero accountability.

I’m all in on the Murdaugh case. Just absolute insanity, dead bodies everywhere in this family’s past and absolutely zero accountability.

Yeah that’s good stuff. But the other one has a missing pretty white girl, plus #vanlife!

We’ve got that too! 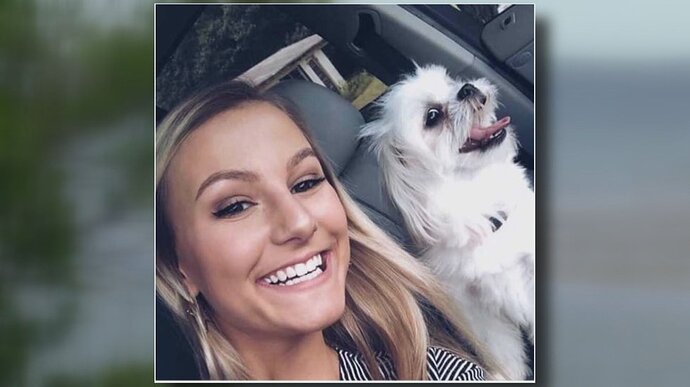 Shit I hadn’t heard about this part. Wonder what happened to the housekeeper?

Honestly if this was me and my gf died of a horrible accident I would still ask for my lawyer first and do whatever he said. Of course I would want to help as much as possible, but I don’t trust the police one fucking bit.

But yeah the I would assume if it was an accident the lawyer would advise you to tell that side. Even if not the other two people found shot and killed, and the domestic abuse, puts this into highly probable territory.

I’ve sort of accidentally been following this because it keeps trending on twitter, even if I’m normally super turned off by the undue interest in following the foibles of social media personalities. Seems super obvious that the boyfriend did it, but doing it in some weird spot in Yellowstone would be a decent twist.

It’s a ballsy plan since all the suspicion is on the bf, but man, even if the body is ever found, the wilderness is going to ruin so much forensic evidence.

Petito seems like an interesting case I guess but the exhaustive coverage seems creepy based on the “missing young white woman” aspect.

Fox News is so all in on this story it’s uncomfortable. It’s the top (almost only) story in the website for like 3 days now.

Fox News is so all in on this story it’s uncomfortable. It’s the top (almost only) story in the website for like 3 days now.

The world used to be safe for pretty young white women, until the liberals ruined it.

It bothers me in these situations when someone does exactly what they should do - get a lawyer and not just go and yap to police - and are painted as guilty just for doing so.

That said, he probably killed her.

Yeah, although I read the article and I believe he came back from the trip on sept 1st and didn’t say shit and the family hadn’t heard anything and reported her missing sept 11th. That is super sketchy.

Like yeah get a lawyer, but fucking have the lawyer or something speak to the police to tell them she’s missing at least or something.

Missing white woman syndrome is a term used by social scientists and media commentators to refer to extensive media coverage, especially in television, of missing person cases involving young, white, upper-middle-class women or girls. The term is used to describe the higher coverage of white women and girls in the upper-middle-class who disappear, compared to coverage of missing women that are not white, women of lower social classes and missing men or boys. Although the term wa PBS news anchor...

But the ONLY time there is a media frenzy is when it happens to a pretty young white female. So no, I don’t care, and I’m not following the story. And I’m taking the time to spell out exactly why because it needs to be said.

Yeah, as much as lawyering up and not talking to the police is what someone should do even if innocent, it’s not like you’re being accused of killing someone you just met in passing or the like. You were traveling with your girlfriend, and people don’t tend to just lose their significant others on long road trips together. At some point, the expectation is that you’ll be able to tell a plausible story as to where she went and why she’s not with you and why no one has seen her, even if that’s through your lawyer, because those are really basic questions that you should be able to answer without incriminating yourself if you didn’t kill her.

This will end up being another Natalee Holloway case if it goes on long enough.

I’ve always wondered in these situations, where do most Lawyer/Guilty Client discussions fall, if the spectrum runs from “Guilty Client says exactly what happened and Lawyer figures out what to do next” to “Guilty Client tells his BS story of how he’s innocent, and Lawyer proceeds based on this BS story”. I suspect we generally start in the latter camp, and gradually move towards the former as Guilty Client realizes he’s f’d.