The 2019 Canadian election was officially launched yesterday, on 9/11 (Trudeau assures our neighbors to the south no disrespect intended), so now, like America, we embard on a long and gruelling 40-day campaign leading up to the election on October 21.

The first debate is set for tonight, coinciding with NFL Thursday Night Football, as well as the third Democratic Party debate. But don’t worry if you miss it, you’re in good company. Trudeau is skipping it as well.

It’s all summed up nicely here by our friends at the BBC.

Up until recently Canada had three main parties, the solid neo-liberal centrist Liberals, the Conervatives

and the New Democratic Party, who are the Leftie socialist-but-not-too-socialist Party who never stand a chance at winning a Federal election but sometimes come in second when the Liberals or Conservatives have been in power a while and really fucked things up.

Then there’s the Bloc Québécois, who are pretty left wing, but mainly just want to separate from Canada and make sure no immigrants settle in Quebec since Quebec’s French identify is already too diluted for their liking.

Recently the Greens have won a lot of ground on the left with their strong environmental policies. They are definitely against racism of any sort, and have been boosted by their willingness to accept NDPers who want nothing to do with that party anymore since their leader

The Greens will not tolerate any racism. Also, Greens are fine if their nominees are anxious to vote to separate from Canada, and their leader has said that as long as they had a good environmental party, she’d be willing to form a government with the Conservatives, which is exactly what you want in the front-running left-wing party.

And once again, a group has split from the Conservatives party, since it’s not right wing, and especially not anti-immigrant enough for them. They have limited support so far (not enough to get into the debates), but I predict strong growth for them in the years to come. Here is one of their billboards, which was paid for by a third party and that they definitely do not endorse: 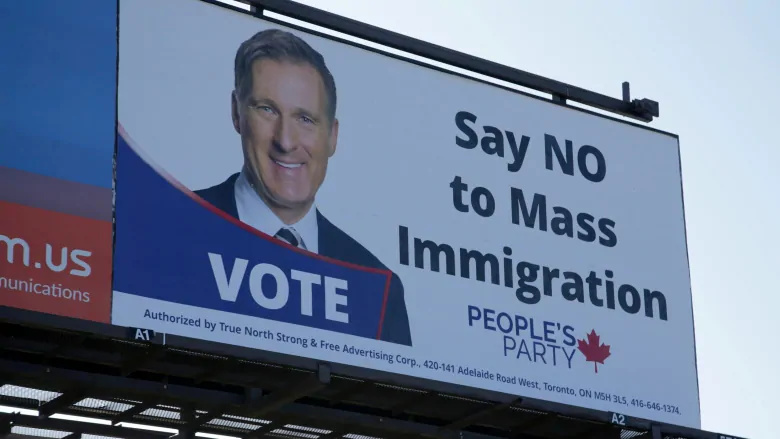 Trudeau has been one PR nightmare after another, the biggest being

Prime Minister of Canada Leader of the Liberal Party

It probably would have handed the election to the Conservatives, except Ontario’s current Progressive Conservative premier (they’re still progressive in Ontario) is none other than Rob Ford’s brother Doug. Remember Rob Ford, former mayor of Toronto and international laughingstock?

His brother is not quite as big a buffoon, but a Trump-level fascist (though bigt2k4 will be along shortly to say he’s better than the alternatives), and has hurt the Conservative brand in Ontario and nationally to a lesser extent, and will cost the federal Conservatives some votes. 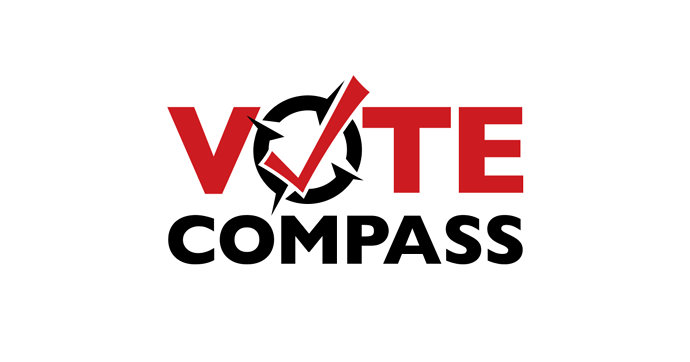 Explore how you fit in Canada's political landscape

In Manitoba we didn’t learn from Ontario or Alberta on Tuesday. 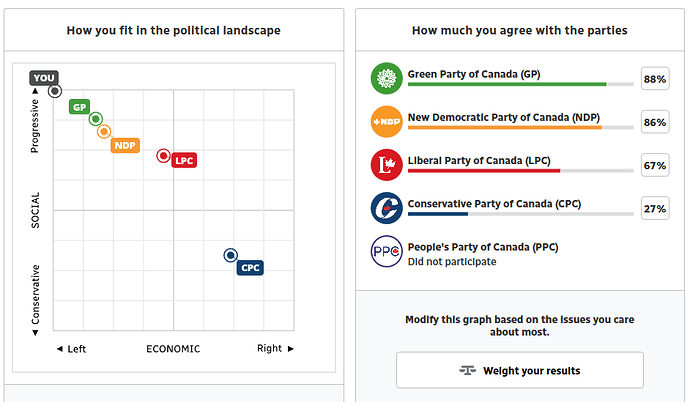 But I do not agree with that placement of Greens/NDP, and think this is more accurate 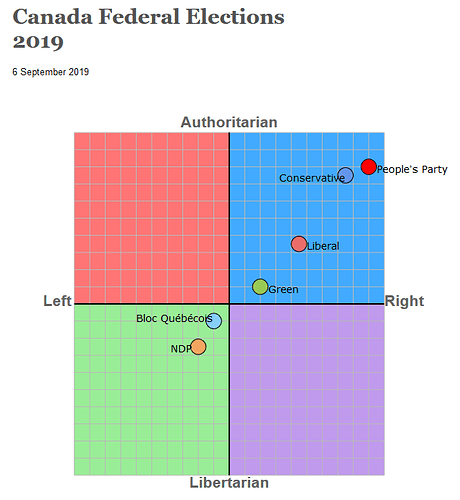 40 day campaign… I am so jealous. I think a lot about moving there.

With all our tech hubs it should be easy for you to be allowed to work here, even if you weren’t white. Too bad about the climate.

I’m torn a bit for the first time. I sort of hate both Trudeau and Sheer but I’d obviously prefer the Libs stay in power. NDP is a wasted vote where I live.

I got this. It sort of makes me extreme right on this forum! 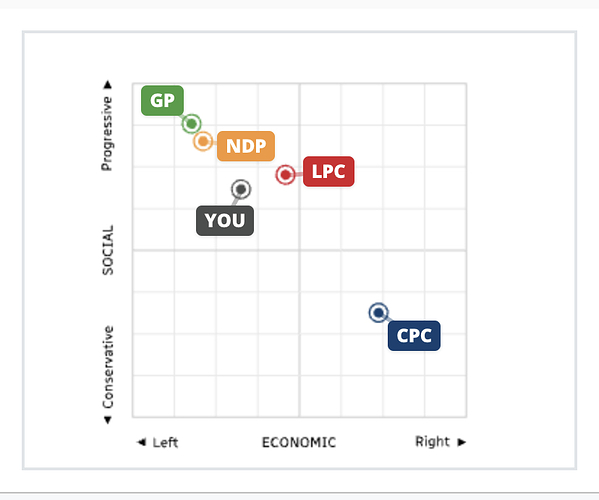 UK campaigns are usually pretty short as well … with the added fun of not knowing when they will happen … or if/when you have a Parliament sitting.
.

In to point out what a punchable face Scheer has. 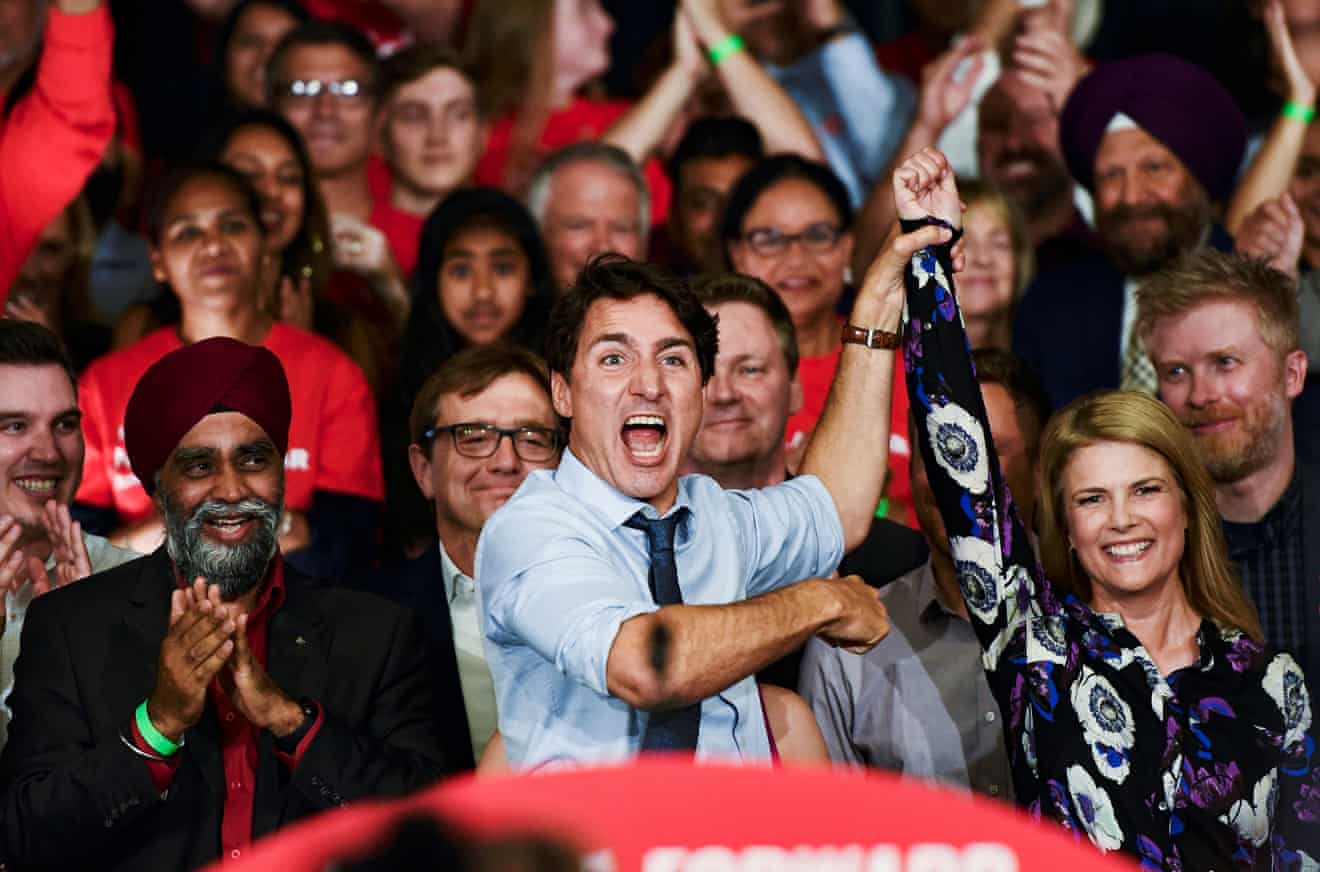 Excellent, I was really hoping we wouldn’t have to discuss actual policy during this election. 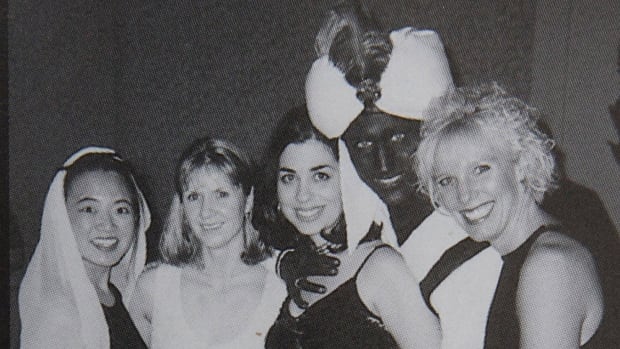 Trudeau says he is 'deeply sorry' he appeared in brownface at school gala in...

Liberal Leader Justin Trudeau says he knows now that his decision to dress up in brownface and a turban for a gala at a private school where he worked 18 years ago was a racist thing to do and he is now "deeply sorry."

Oh, then you haven’t seen the ads the conservatives have run so far. They’ve even dug up the Khadr case again. This won’t help obviously.

I tend to mute Conservative ads when they come on. That probably won’t change.

When you have policies most of Canada hates you dredge up the Halloween costumes of your competition. 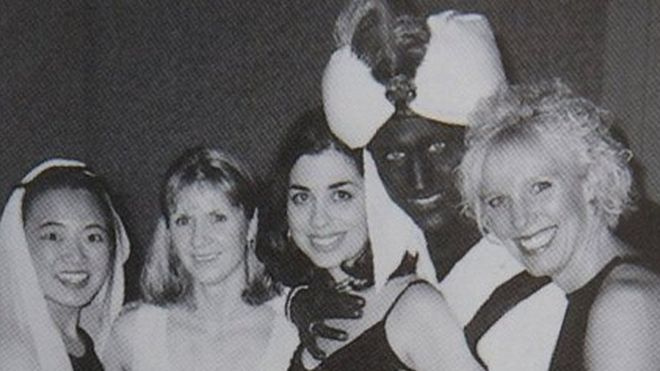 This picture is from 2001, otherwise known as the year before the invention of color photography. 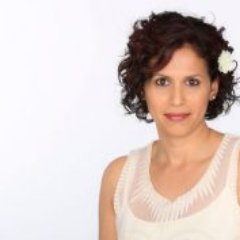 It’s been pretty annoying seeing all the hand-wringing around this news development and to see our media decide that *this* is the point the election becomes about racism. My first column after a year away. #blackface #trudeau thestar.com/opinion/star-c…
1 Like
TrueNorth32 September 20, 2019, 11:50am #20

Article is behind a paywall, but yeah, with one leader an actual white supremacist and another who’s surrounded himself with them, calling this a bridge too far seems somewhat disingenuous.

Does anyone actually think Trudeau was trying to be racist when he wore black face? It was just ignorance born of white privilege.

On the other side we have an actual open racist who hangs around with Faith Goldy.

As much as I’m not a Trudeau fan this still seems like an easy choice.