I’m talking about these beautiful works of wearable art and engineering: 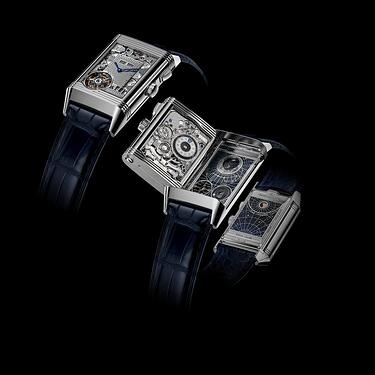 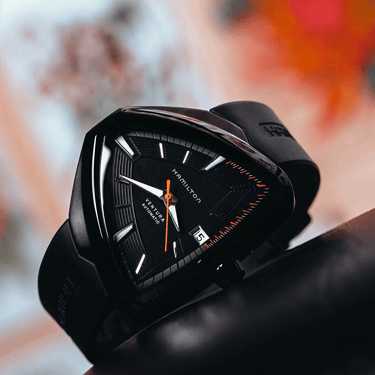 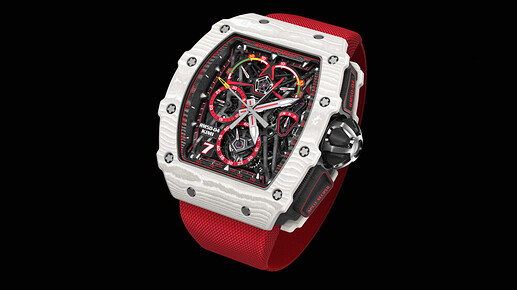 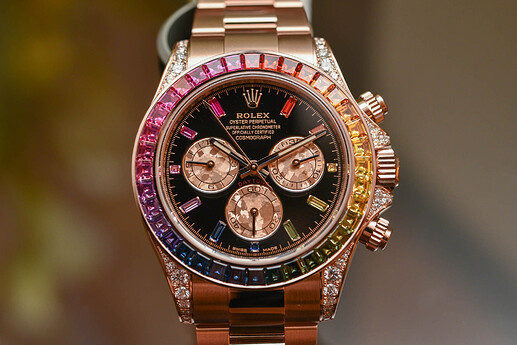 That last one is @pvn’s favorite, so I went ahead and posted for him since he’s too busy counting crystal footballs to make this thread.

What is the order of discussion here? A thread on another forum that some of us do not wish to visit had some pretty good themes and general guidelines that I’m extracting from:

(1) This isn’t about “investing” in kinetic wrist sculptures. In general, they are bad investments. That’s not universally true but investing is not why we’re here.

(2) If you use your phone to tell time, that’s great. We don’t care though, so don’t derail the thread. In fact, I may dunk on you. In general, the primary function of kinetic wrist sculptures isn’t cost-effective or even accurate timekeeping, so it would be a really obtuse point to make.

(3) All types (even digital) and price ranges are welcome for discussion. This isn’t a luxury brand elitism thread. It’s simply about our enthusiasm for kinetic wrist sculptures be it Casio or Patek.

(5) Clocks and other related devices are also on topic. 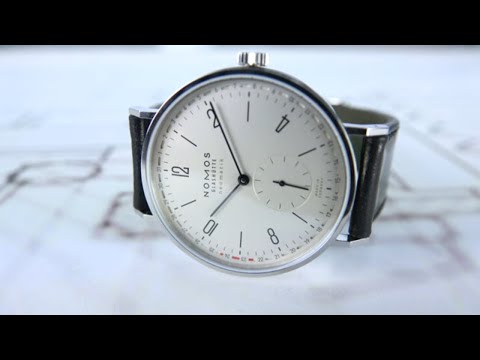 3.6mm automatic all in house. they even make their mainsprings in house

they even make their mainsprings in house

The way you can tell is that they’re shaped like this: $

I was really interested in watches a few years ago and almost pulled the trigger on an IWC Aquatimer a couple different times. Ended up getting a Steinhart that I wear occasionally. It needs servicing though. 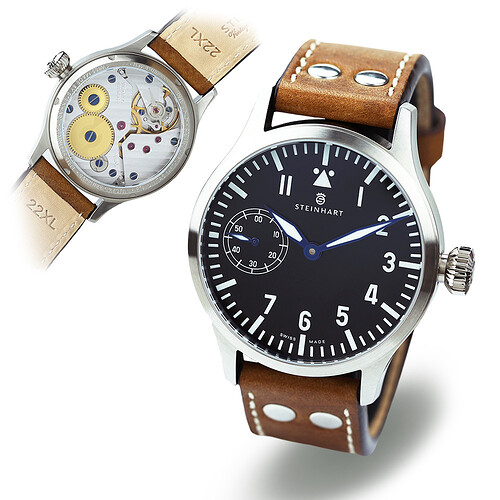 steinhart has really upped their game. their top models have the full geneva striping and pearlage and for <2k it’s fantastic

Dude you’ve mentioned two brands at this early stage of the thread and I own a Nomos ripoff and a Steinhart. Literally the only two watches I own besides my Samsung watch.

I’ll post something sort of different. I acquired a vintage Zodiac from the 70s that needed service. It seemed to keep time fine but the day/date calendar wasn’t rolling through correctly for some reason, so I took a shot with my local watchmaker first since he’s relatively inexpensive compared to the Zodiac specialist and I didn’t feel like shipping it off yet. Thought a routine cleaning and service might do the trick.

Here’s where it gets weird: this watch was in the shop for two years as I hunted down half-century-old Zodiac parts from around the globe. Now, the time lapse didn’t really bother me because I was in no rush to get the watch back and definitely in no rush to pay exorbitant prices for $2 pieces of metal. I was pretty explicit that he should leave the part-finding side of the operation to me because his idea of finding parts was paying American watchmaker parts hoarders $85 for microscopic shit.

Sure enough, after searching the dark corners of the internet I was able to find a dude in India who had a stockpile for relatively cheap. We went through several rounds of parts arriving by snail mail from India until one day I get the call that a critical gear is missing during the final watch reassembly. In fact, he straight up admits that he must have lost it by mistake. Whatever, I’ll just have India ship one over and it’ll take another month–except India says I already have this part, and that the thing my watchmaker is asking for is not part of this caliber.

Here is the exciting conclusion: I was trying to download schematics and part lists for this caliber to figure out exactly wtf was going on. That wasn’t extremely helpful, so I went to completed ebay auctions to find photos of the movement disassembled. So I’m trying to visualize this movement going back together, and that’s when I realize the “missing” gear is actually part of a larger gear; it’s a two-in-one stacked gear with the nearly invisible smaller gear on the center post: 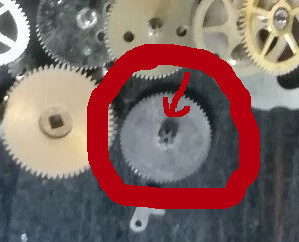 The diameter of the outer gear is measured in mm, and the actual one I have is a darker bronze color and much harder to see than this photo indicates. So I take it back to the watchmaker who disagrees and doesn’t even want to hear me out, swearing that there’s a tiny missing intermediate gear that we do not possess. Eventually I convince him that I’m right, and he puts it on the bench and everything drops in and turns as it should.

Anyway, people usually post photos of their assembled watches, but I was able to get a few shots of mine in various states of disassembly on the bench. The only problem was that the shiny metal and bright lights were giving the AF on my Fujifilm fits, so the sole usable shot I got was this really strange one that looks like a frame out of a Christopher Nolan film: 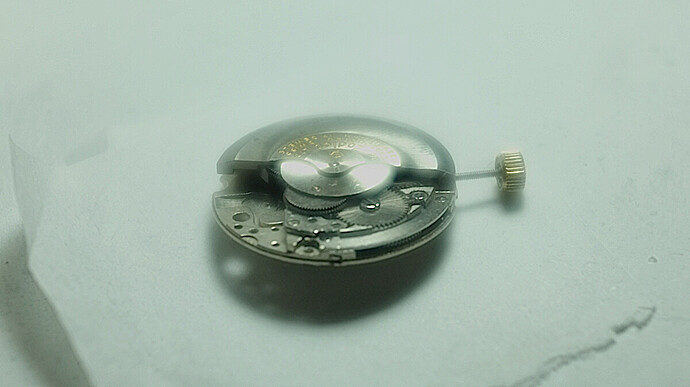 That is a very nice crown design for a hand cranker.

I love Citizens for their price point. Both watches look really nice, can be worn casually or formally, and never need a battery replacement. Not that I care about compliments, but they both have received a lot of them. I can’t tell you how many times someone at the poker table asked from a few seats away if I was wearing a Rolex. I personally don’t think they look anything like a Rolex, but people are dumb.

The Samsung Galaxy Wearable is a great smartwatch. I can change the face to any style or color to match outfits. It even has a feature where you take a photo of your clothing and it creates a watchface that matches. This has been what I’ve worn most often since getting it as I like the activity tracking and being able to see texts/emails/calls at a quick glance. It’s also very comfortable.

The last one is just a hand wind cheap piece of trash, but it looks cool enough and I threw a nice magnetic wristband on it. I only bought it because I had a watch case with three spots and needed to fill the last one. Have only worn it maybe three times. 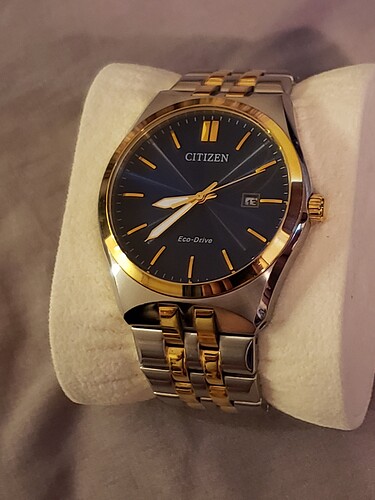 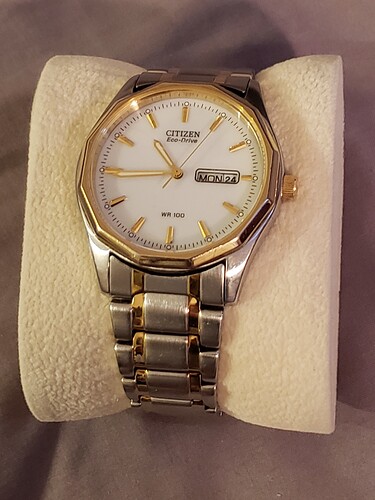 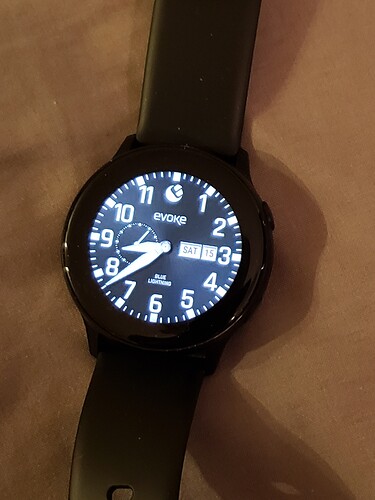 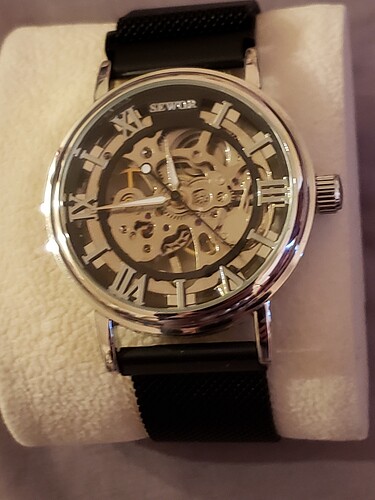 I think once I bought one of those water resistant digital watches.

I got a nice one for my birthday like 15 years ago and lost it a few months later. No watches for me.

My Tag Heuer Carrera has been collecting dust during the lockdown. Here’s what I’m rocking these days. 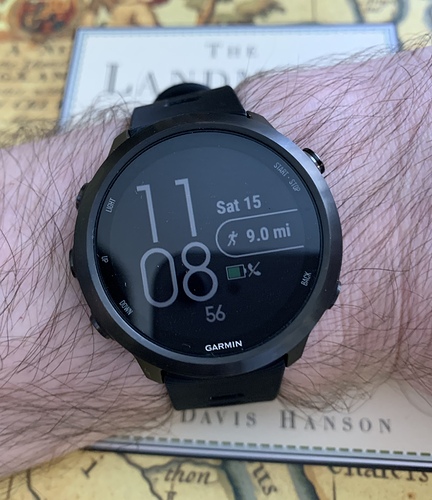 I appreciate watches but have never had much interest in spending obscene amounts of money on one.

Fortunately you don’t have to do this to get pretty good quality. The problem is that the sub $400 price category is really saturated with fashion watches with substantial brand recognition, marketing spend, and product placement / distribution.

I have nothing against Eco Drives. My dad has one and it served him very well since it was basically zero maintenance (until the capacitor died). That seemed to be the biggest appeal to him anyway. The thing about Eco Drives (and other quartz watches with mineral crystals) is that they would never be on my radar at those prices because there are plenty of entry-level Swiss automatics with sapphire. I imagine most people shopping in that price range don’t consider them simply due to lack of brand recognition, availability, or even just the overall lay of the watchmaking land.

I’m curious: if you were to make another purchase in the $275 range, what do you think you might go for?

I’m curious: if you were to make another purchase in the $275 range, what do you think you might go for?

Honestly I have no clue. I’m the type of person who does an obnoxious amount of research before most purchases (with the exception of the second Citizens which was a bit of an impulse buy because I really liked the aesthetic), and I haven’t done that for watches in 10+ years. Brand recognition and availability were certainly factors for my first purchase, but I was a kid then so probably didn’t know what I was actually looking for.

The way I break it down for the affordable category is component cost. I think of watches at this price point mostly as commodities that (should) have a lot of price competition. The part that shocks me the most is that I see watches with the reliable workhorse ETA 2824 engine (~$250 replacement cost), 316L case, and sapphire crystal sell for less than a fashion watch with a $5 quartz movement and hardlex.

Whether you want an automatic watch is something for you to decide, but what I’m pointing out is that if you pay ~$300 for a Swiss tank with those specs, there isn’t room for a ton of profit taking. So then where is the money going in a Michael Kors watch with $10 of total parts that sells for the same price? This is the major spiel I give to friends and family who seem to keep giving their money to Michael Kors for cheap Chinese watches that break within a year or two. Another factor is that if you aren’t plugged into content producers like blogs and Youtubers, it’s hard to get a feel for what’s really out there since a lot of these pieces are pretty obscure with very little marketing behind them.

It’s a lot easier just linking Teddy’s videos these days. He broke Youtube watch vlogging because he knows how to produce content: 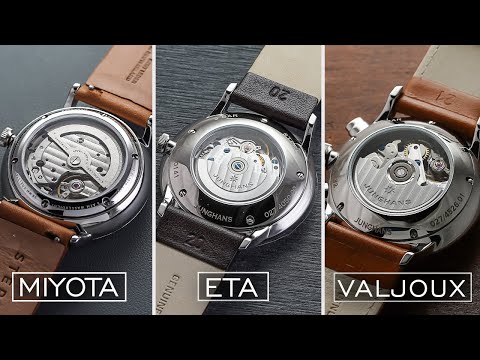 My Tag Heuer Carrera has been collecting dust during the lockdown.

I would like to get a real watch but I have the wrists of a bird and most watches look ridiculous.

It seems like I have Nomos options or I could go with an older Jaeger-Lecoultre Reverso. I really like Nomos but my favorite watches of theirs are sporty and colorful and their diameters are probably too large.

Any other suggestions? No worries if nobody else has child wrists and is like wtf are you talking about loser.

there are tons of really nice vintage watches that are easy to find in a smaller diameter. Omega (non-diver) seamasters are a good, there are tons of parts out there for them and a lot of them are still in really good shape. There are also a lot of shitty ones, and cobbled-together franenwatches, but if you have a reputable seller this is not a huge worry.

Did you watch the sizing segment of that first Teddy video I linked (9:00)? I used to think I had super thin wrists at 7" but it was from watching so many fat guys with elephant arms review watches on Youtube. I almost choked when Teddy said his wrists measure 6.25".

You’re going to have a lot of options though. I personally kind of despise what I call “dinner plate” watches that have been fashionable (for a certain sector of the market anyway) recently and really prefer a more traditional-sized watch. Not only do very reputable makers still make smaller watches, the vintage market should be wide open for you too with lots of stuff under 40 mm.