Afghanistan Wars: The Taliban Strikes Back.

Surprised we don’t have any discussion about what’s happening in Afghanistan right now. Taliban are taking cities back, and USA is about to remove troops. What a failure. 20 years, trillions of dollars, hundreds of thousands of lives lost for…nothing. Great job, Bush, Cheney, Obama, Biden, and Trump. Excellent results. 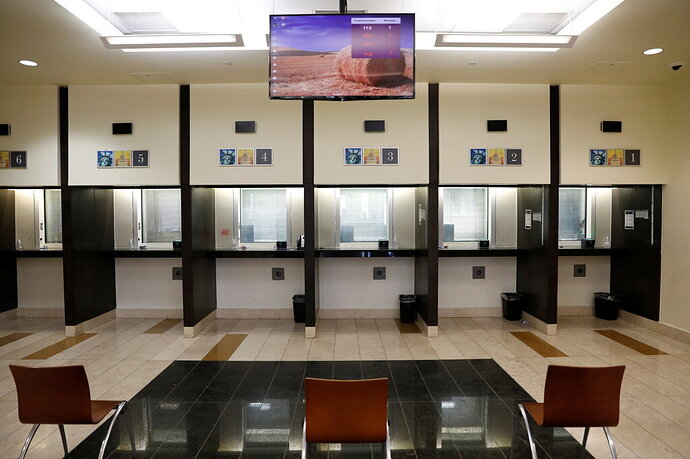 U.S. Asks Taliban to Spare Its Embassy in Coming Fight for Kabul

The demand seeks to stave off an evacuation of the embassy by dangling aid to future Afghan governments — even one that includes the Taliban.

Granted, I think withdrawing is the right thing and so does Biden, but what a failure. Go fuck up a country for 20 years and leave with a “Sorry, not our problem. Good luck!”. 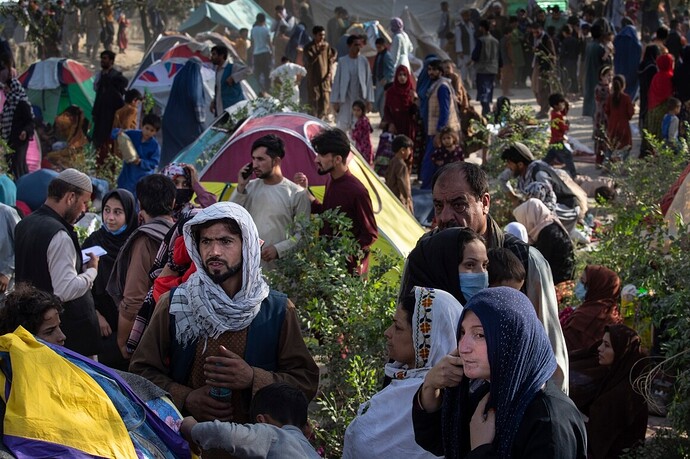 Biden on Afghanistan: Not my problem

The president is unwilling to rethink his decision to withdraw U.S. troops, even as Afghanistan unravels faster than expected.

Go fuck up a country for 20 years and leave with a “Sorry, not our problem. Good luck!”.

I mean they’re the legitimate government of Afghanistan clearly. We don’t like them or agree with them but it’s pretty obvious they’re the natural power in the region given their ability to resist us for 20 years and take territory like kudzu the second we take the pressure off.

Hopefully we evacuate the people who helped us to avoid the inevitable slaughter, but since we’re USA #1 I have my doubts we do that for brown people.

Go fuck up a country for 20 years and leave with a “Sorry, not our problem. Good luck!”.

Hopefully we evacuate the people who helped us to avoid the inevitable slaughter, but since we’re USA #1 I have my doubts we do that for brown people.

We can’t even do this part of it right:

A planned U.S. evacuation of a small group of Afghan interpreters will likely drag on even after the last American troops withdraw from the country by the end of August, according to numbers provided by the Biden administration — and some may have to wait more than two years to get out.

So far, the administration has evacuated less than one percent of the more than 80,000 Afghans who have sought U.S. visas under the Special Immigrant Visa program designed to help former interpreters who worked with U.S. troops and who now face the threat of retribution from the Taliban

President Joe Biden ordered U.S. troops out of Afghanistan by Aug. 31, and his administration has said it plans to evacuate about 750 Afghans who worked for the U.S. government in Afghanistan — along with their families — directly to U.S. soil, and fly out another 4,000 Afghans and their families to third countries. The administration has yet to announce which third countries will host the evacuees or when those flights will take place.

U.S. evacuation of Afghans likely to drag on after American troops leave

The U.S. has evacuated less than one percent of the 80,000 Afghans who've sought visas under a program intended to help ex-interpreters for U.S. troops.

I mean we never have done that step right. Honestly I have no idea why anyone ever helps our military when we invade. Seems super super stupid.

We took in about a million refugees from Vietnam. Jimmy Carter.

It’s the most painful story to pay attention to right now. Most of the little good we did will be wiped away when Kabul falls and that seems inevitable now.

I wasn’t around for Vietnam but I sure remember a lot of hoopla about people who collaborated with us getting murdered by the communists after the fall of Saigon in the books I read about it (years ago mind you the details are quite hazy). I’m aware there are an awful lot of Vietnamese refugees on the west coast today, so it couldn’t have been all of them or anything.

I listened to a pretty long discussion on the region starting with pre-soviet invasion. us is going to deservingly get saddled for causing it, but one of the takeaways was that the instability between Afghanistan and Pakistan is just not something western discussion ever addresses.

after a historical period where afghanistan had an upper hand and annexed some territory, pakistan started doing the same, and it was only a matter of time until they found an extremist party to support, who grabbed power in the vacuum between soviet/usa invasions. anyway, Obama’s state dept apparently tried promoting this issue (as AFPAC) which apparently was met with indignation from pakistan, and possibly other nations who shouldn’t necessarily trust US on things like this either, and it got shut down. So in the outcome, taliban got to continue to operate for a few more years until another opportunity presented itself.

all this made me think of pakistan/india conflict as well. seems like bad intentions and extremist policies from both.

I wasn’t around for Vietnam but I sure remember a lot of hoopla about people who collaborated with us getting murdered by the communists after the fall of Saigon in the books I read about it (years ago mind you the details are quite hazy). I’m aware there are an awful lot of Vietnamese refugees on the west coast today, so it couldn’t have been all of them or anything.

Well the fall of Saigon was in April '75 and Carter took office in '77, so Ford probably left them hanging and Carter did what he could once he was in charge.

So I was right to start with. Cool that’s what I figured.

I would say you were both right. It’s just kind of weird that micro would mention that Carter brought in a million and you would dispute it with an apparent massacre that happened before Carter took office.

Remember that Russian poem about Afghanistan from their adventures in the 80s—
If your officer’s dead and the sergeants look white,
Remember it’s ruin to run from a fight:
So take open order, lie down, and sit tight,

When you’re wounded and left on Afghanistan’s plains,
And the women come out to cut up what remains,
Jest roll to your rifle and blow out your brains

One of the ways you can tell a lot of the Vietnamese who came here were fleeing because they were on the US side (and French before that) in the war is that there are a lot of Vietnamese Catholic Churches on the West Coast.

A lot of people don’t know that that was a big factor in Vietnam.

He was responding to my pointing out that it’s pretty standard for us to hang out friends out to dry. I mean the poor Kurds lol.

It’s criminal how many times we’ve done the Kurds dirty.

The coverage of it, at least in the UK, has been truly sickening. If you watched most of it you’d think that the Taliban resurgence was a complete shock, that the Afghan government up to this point had been a decent success and that the UK had nothing much to do with any of this.

It’s just disgusting that journalists who worked throughout he time the UK was intimately involved in killing Afghanis in order to ‘save’ the country are seemingly totally unashamed to parade their ignorance. Lots of incredulity, “who could have seen it coming that the US effort was going to fail so quickly when they left!” Fucking useless morons

NPR reporting Biden preparing to evacuate personnel from Kabul. I was a kid when Saigon fell. I barely remember it but somehow the feeling is very familiar.

There was a 1991 episode of the TV show China Beach that captured this well. (Former evac hospital nurse) McMurphy is on the roof of her trailer somewhere on the Navajo reservation in the New Mexico desert, listening to news of the evacuation on the radio, brooding about the past, and getting drunk. Even '91 seems like a long time after the war, but a friend’s refugee family didn’t arrive here until about '94.

The 2nd and 3rd largest cities have also fallen into the hands of the Taliban. The US moved 3000 soldiers to Kabul to protect the airport while embassy personnel is being evacuated. GJGE.