Abolishing landlords -- it's well past time 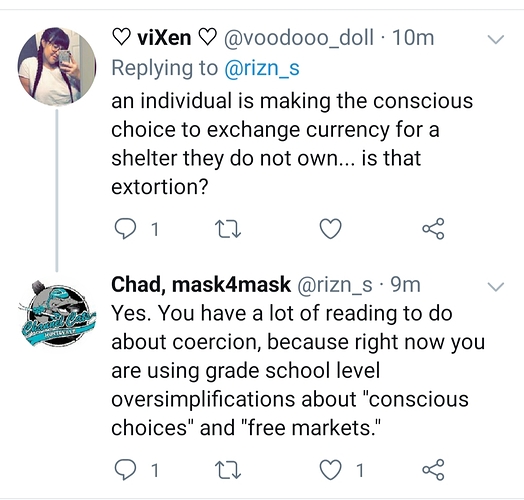 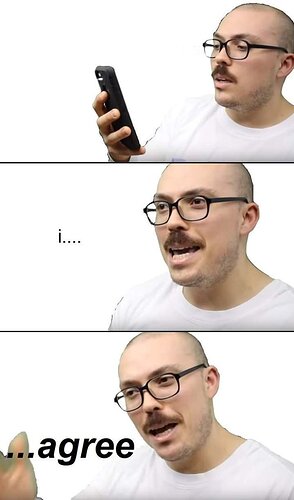 Ban employers too. (but that doesn’t mean everyone works for the government)

Yes! Just like in so many other areas of life, this virus is laying bare just how absurd the current structures are. There’s no need to bail out any industry, corporation, or company. Only give aid to INDIVIDUALS.

It’s patently absurd to give money to a corporation and ask them nicely to please give some of it to their employees. The property, the means, are all still there, and will still be there when this is over. All that’s changed is you’ve taken away the labor, and revealed that there’s no wealth created, and thus no wealth to suck up and hoard, without labor. What is the use of a company, if not to create value? Do not waste resources propping up a company during a time when it cannot create any value.

Everyone saying “at LEAST bail out the small businesses, so that we don’t have all restaurants owned by the same giant corporation once this is all over.” That is really ridiculous. First of all, that’s already the direction we were headed; this is only speeding things but. But we can simply say to any corporation, “No, you cannot own ALL of that.” We’ve done it before. We just didn’t go far enough or stick to it long enough.

And as for letting the capitalist at the head of a company decide who gets laid off when, and who gets paid what? That’s totally unnecessary. We live under this ridiculous myth that this capitalist, who employs labor at his WHIM rather than according to human need, is necessary to “create jobs.” As if the work isn’t there, and doesn’t need doing, without the capitalist to be the director, motivated by his own desires. As if we could EVER create some kind of free system that automatically allocates products according to demand, as if we don’t currently have 10x homes vacant per homeless person.

No, we can have decentralized democracy in every workplace.

Yeah, it turns out that when we can’t afford capitalism, like during a pandemic, capitalism can just simply be turned off.

There is no reason to let it be turned back on again. Ever. Millions of people are going to die. Let’s not let their deaths be in vain. 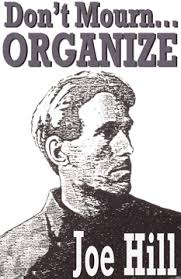 Yea the CV has made it painfully obvious that we can’t rely 100% on capitalism. It’s a problem we need to fix but I have no clue how to do it. Easiest thing to do is UBI but good luck getting that passed w/ the garbage in Congress.

Editing the callout from your post apparently doesn’t take it out of the recipient’s inbox, so you know for next time. Careful with your demonic summons, sir.

Are landlords a necessary evil or an actual good, iyo?

How does one go about obtaining a place to live if he’s looking for a short term (1-3 years) place in a world without landlords?

But I don’t want to be abolished!

How about a compromise. You can be a landlord but you shouldn’t get the benefit of rising house prices in addition to rent cos you didn’t build that. House prices are 90%+ down to network effects. If a house you own has been rented then the difference between the buying and selling price should come back to us. We generated that shit.

What’s amazing is that the only people working right now are people perceived as the lower rung. Truck drivers, garbage men, police officers, warehouse workers, health care workers, cashiers, public transport, gas station attendants are now the essential workers. They’re doing all the work and getting none of the money. These people have way more power than they think and if all of them go on strike it can easily shut down the economy.

General strike across the board. All people now classified as essential just go on strike and refuse to pay rent. The process of evicting is a long one and the strike will likely end before an eviction can be carried out, especially if those who process the necessary paperwork refuse to do so…

Not every place is Germany. Landlords have a stranglehold on tenants in America and can legally do any number of things to fuck people over. Jared Kushner is the prime example of what landlords are only on a much larger scale.

The people in the local community who generated that additional value. Whatever the equivalent of local councils are in your area.

Once landlords got power, it gave them more power to get even more power and to limit the power of a tenant. Soon, the power balance between tenant and landlord was no longer anything resembling balance. The idea that regulation can be passed at this point to benefit tenants is naive at best.

Without any influence on politicians and unelected leaders who create laws, tenants are powerless aside from a rent strike.

Respectfully, some of you ITT are just talking out of your asses.

@superuberbob, what additional power do you want to give tenants that they don’t already have? Laws vary by state, but in many, tenants are heavily favored by laws, ordinances, and most importantly, the courts. A few years ago friends of mine who are otherwise highly intelligent and successful people live in Denver and were regaling me with a story about their shitty old landlord who was trying to take their entire security deposit for unit damage even though they had extremely well documented proof of the condition of the unit upon acceptance and release. They honestly had no idea that they had an open and shut small claims case to win treble damages and all court costs. I wrote them a letter to send to the landlord explaining what was about to happen and she cooperated.

Your response is probably that they shouldn’t have to go through that trouble, but you do need to also consider the landlord’s perspective. We give back a vast majority of deposits in full because it’s not worth the risk to our business to squabble about stupid things that an arbitrator could potentially claim as normal wear and tear. Security deposits are not a profit center, and any landlord who treats them as such is just asking for legal trouble if they pull it with the wrong person. However, when someone does cause undeniable damage to the unit, I need to be able to recoup those costs without jumping through hoops because tenants are far more likely to be judgment-proof. If they disagree with our statement of damages, that’s what the courts are for.

I know you guys are filled with incredulity about some of the other things I’ve mentioned as it relates to tenants and their shenanigans, but that’s because by and large you are intelligent people with at least a modicum of common sense and wouldn’t behave like that. You have WAY too much faith in your fellow man. So let’s abolish landlords and turn everything into free public housing. Do any of you know someone who lives in public housing now? How well are those buildings kept and managed?

Milwaukee County recently had to pass an ordinance to make “Receipt of Rental or Housing Assistance” a protected class because people on Section 8 were having a hard time finding places to live. Why do you think that is? The correct answer is because when people don’t pay for something, they are way less likely to give a shit about caring for it. As a Section8 landlord it might sound like a great idea to get a guaranteed rent check every month for your asking price, but that becomes a raw deal when your turnover and maintenance costs are through the roof. You might only make $40/mo profit on a unit, and it only takes a few $5,000 turnovers before you realize that it’s not worth it, or you start doing shit like this to “fix” it back up.

Yes, that’s just a 4x8 sheet of drywall screwed to the ceiling and painted. I received that photo as a walkthrough package from a realtor in connection with a request for an estimate to get this property back up to “rent-ready” status. He had a $15k budget, I told him to double it and maybe he has a chance. I don’t know the rest of the backstory on this property, but I have literally tens of thousands of photos on the server of similar stuff through our rehab operation. Picture every episode of “hoarders” you’ve ever seen, but throw in lots of unit damage and not just the trash.

Just because you keep a nice house and pay your rent on time doesn’t mean everyone else does. Ask your own landlords about some of the bullshit they put up with on a daily basis. It’s not the gravy train you think it is.

I don’t want Inso posting in this thread