What makes for good music?

With Walrus fever spreading on Unstuck with a bloodcurdling R0, let’s examine why most of the same patients keep dying horrible deaths, while others—contrary to all known medical science—mystifyingly survive. Get as fancy and philosophical as you like, but be there will be no podia for name-dropping pretentious Germans.

Personally, I want to know why I like (and can’t seem to evolve beyond) a relatively narrow set of diatonic motifs, and why jazz does nothing for me. 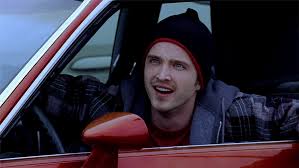 There’s basic elements of ‘music’, I think - tune & rhythm for the most part (tonality & pulse if you want to be fancy, it seems from a quick google). But why you prefer particular work-outs or fuckings-with of those blocks is probably as complicated and boring as your actual life. Who’s got time for that!

Besides, my Walrus judging will start soon, so I’ll lay out canonical taste there.

I have a 60-page paper on this I’ll post if I can find it in my parents’ basement, but short answer is music is the art of time

Also, this make for good music

I just want to pipe in and say that all songs can be objectively ranked and that Walrus is a science, not an art.

I agree with this and wish to point out that those who don’t concur with our walrus judgements are just bad at maths.

music is the art of time

Can I name drop a pretentious French guy? Henri Bergson claims that all good jokes do one of two things: they either tell the truth in a surprising way or they subvert expectations in an interesting way (or sometimes both).

When my four-year-old sticks her leg up through the bottom of her shirt and pretends to pick her nose with her toes, she’s trying to make her friend laugh. He thinks it’s so funny that he almost pisses himself. I merely grin. She has subverted our expectations (feet don’t do that!) and her friend thinks she has done so in an exceedingly interesting way. I think it’s a bit less interesting. So there’s an important question there about what makes a subversion interesting. Maybe I’m less impressed because I’ve seen more of the world; this ain’t my first toes-in-nose rodeo, after all.

On the other hand, a joke might also say something true, in an interesting way. This isn’t a joke: “That’s a glass of water.” Why? It’s true, but not interesting or subversive.

Enter George Carlin with a joke that says something true in an interesting way:

Why? Why…why…why…why is it… that most of the people who are against abortion are people you wouldn’t want to fuck in the first place? crowd cheers

To my ear, that sounds about true and it expresses this true thing in an interesting way. It upends the social script (rules) for discussing abortion. It subverts all kinds of other norms, of course, as well (tact, respecting diverging opinions, and so on).

Hot take: all good art (songs included) do one of these two things. A good song will say something true (true = a genuine or authenticate expression of an emotion in many cases, but could also just be a great, true, poetic lyric) or it will do something subversive (see music nerds like pyat and jal’s obsession with new sounds). A truly great song will do both.

Nickleback are not true; they are not subversive. Nickleback make bad art.

Thanks for coming to my TED TALK.

If you have a link to someone extending Henri on humor to art in general I’m genuinely interested in reading it. I’m high af and thought I made that up!

I’ve heard that theory of humor so many places from so many different people that I’ve got no idea of the origin and basically just accept it as factual. I genuinely liked the way you put it though. Originality is one of the most overrated things in existence I suspect

Like worry about the stuff coming out of your mouth being true and steal anything true that crosses your path. Smart people ime change their minds a LOT. It’s nice to come up with a good idea of your very own every once in a while, but that’s not better than really groking something great.

lol fucking as if

Oh no, I liked this post before you edited in the stuff about originality! Def disagree on that. Originality is the main mode of subverting expectations.

It’s fine, but it’s not like the main goal imo.

originality is subjective to the max

was thinking how successive generations cannot reasonably be expected to know what a predecessor did.

and endeavoring to know is less artistic and more statistic. It’ll happen in time - seems destined to - but for most in the moment of discovery, there’s no real scrutiny into what’s going on.

Can I name drop a pretentious French guy?

I only put that in as a prophylactic for myself so as to not drop some Critique of Judgment on you fools, name drop away

I listened to the entire thing and I didn’t hate it.