I think about death way too often. Almost every single day. I stopped smoking weed partially due to these thoughts but that hasn’t helped.

One day you and I are going to die. Everyone you know and love is going to die. I feel like everyone knows this but they are able to ignore it because constantly thinking about it isn’t very healthy.

If everything leads to death then why do we continue to live? No matter what we accomplish or contribute to the world the end is always the same. Yes we can create temporary happiness but that will be forgotten and is basically non existent in the grand scheme of things.

I know this is essentially high school stoner dude bro whoa man stuff but it still impacts me to this day.

I found this video series of Shelly Kagan teaching his renowned course at Yale on DEATH to be most helpful for me on this topic.

I deal with it by playing golf, lots and lots of golf. Same as Trump, now that I think about it.

I find myself thinking about the end of the world due to climate change a lot. It has really diminished my ability to enjoy life and live in the moment which has damaged relationships with family especially my boomer ‘everything will be fine’ parents.

Definitely had many similar thoughts. Best thing that ever happened to me was the realization that all of my fears were correct - we are all going to die, and even if you’re a great hero or something everything you do will eventually be lost to history. Life is literally meaningless. But it doesn’t have to be scary, it can be liberating. Just because life is inherently meaningless doesn’t mean you can’t supply your own meaning.

Idk ¯_(ツ)_/¯ I just keep waking up and the program keeps rebooting so I’m going to keep going with it. There isn’t really another option other than death, and I’m going to get to be dead for a super long time, so no hurry there.

Will watch later thank you

I love and hate golf. I’m terrible at it but it’s extremely satisfying when you hit a great shot.

I think this is where personal situations come into play. I hate my job and hate the future outlook for my life. So if I’m going to die anyway and not really enjoying things now why wait…

I’m not going to actually kill myself but I do think about it often.

All I can say is I’ve been there and can sympathize. I hope it gets better. Weight training may have literally saved my life many years ago when I was at my lowest. It’s cliche advice, I know. 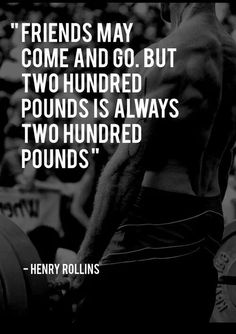 I’m writing a dissertation on this right now. Kagan is great. Can’t say much as I’m on my phone, but it isn’t at all obvious that because the universe will end life is inherently meaningless. Step one for any problem like this is to define your terms or we’re all just talking past each other.

Will watch later thank you

tabb, I was thinking about you while walking with my dog.

First is this one where he tackles not only why he would not want true immortality, but why he looks forward to death.

The gist is that most of us conceive of being “not dead” as having a persistent identity. If I told you that you would be reincarnated every hundred years, but that each time it happened, you would return as a blank slate with ZERO connection to anything that you experienced before, would you want that kind of immortality. I know I wouldn’t. That’s not the kind of immortality I’m after.

The kind of immortality I would think I’d be after is the one where I have a persistent identity. My corporeal form can shift or disappear, but whatever it is that’s ME needs to survive in perpetuity.

Fear of death is why so many people have kids.

It’s 1000 times worse with kids. In fact, the first real panic attack I had was when I realized that I no longer had the ability to ideate about suicide without contemplating the impact on my kids if I were gone. It took a kind of safety blanket from me. My mind would often go to suicide, sometime almost as a tick it seemed. Not really suicidal, just thoughts and responses. That’s not available to me the same way anymore.

I was depressed and suicidal a couple of years ago. Suicidal like the only thought that kept me from suicide was that no one can take from me away this option. I will always have it. But executing it cuts-off every other option away. So I can try to suspend it for another day, even if living makes no sense.

I am not depressed any more already many years, but the relationship to death has changed. I am not scared of it any more. And I think that it is very healthy and liberating to think about death.

For me…It takes fear out of life. I don’t fear nothing in my job. There is nothing that my boss can do to me that is worse than death… soooo I do exactly what I think is the right thing to do.

I struggle from time to time about “meaning of life”. But I was given a couple of weeks ago a very cool metaphor to the meaning of life/ end goal in life: goal in life is to have before you die a huge necklace with many many many different pearls and stones. Every pearl and and every stone is a cool experience, small goal, something cool in life. It is important that there are many and also small pearls there and not only one big like “cure the corona virus”. It is also important to have different pearls and not only one kind like smoke weed every day and nothing else. The idea I knew also before: you have to do stuff that is cool/gives you pleasure/feeling of accomplishment in the moment. But this metaphor somehow really hit the spot for me. I immediately started to build the physical necklace. And it is somehow cool and it makes me more conscious of life.