Is it bad for social media sites to police misinformation?

lol Ted fking Cruz and you think this is censorship

Of course I think it’s censorship. The two companies that funnel like 70% of news to Americans decided that a story in a major American newspaper can’t be linked to on their platform or would have “reduced distribution,” whatever that means. I do find it alarming that so many here either are applauding it or ignoring it but maybe I shouldn’t be surprised.

The Presidency of Donald J. Trump: LED Light Bulbs and Tuna Melts
Is it bad for the media to call out lying and police misinformation?
DrJenniferMelfi October 15, 2020, 11:56pm #2

The Presidency of Donald J. Trump: This Is The 3rd Level Of Hell. Just Be Glad It's Not Level # 8.

Is it bad for the media to call out lying and police misinformation?

lol Ted fking Cruz and you think this is censorship

Of course I think it’s censorship.

So them stopping Q stories that are obviously false is fine, but blocking this obvious false story because it’s from a traditional source is bad?

The two companies that funnel like 70% of news to Americans

This is the first problem.

Not all censorship is bad.

Get the actual fuck out of here with that garbage

You guys missed the Senor Troll giving the game away w/ this post, the rest of his non-sense follows from this. Loves watching Trump, Ingraham and his boy Tucker Carlson, but Biden… BOOOORRRRINNNGGGG.

He is a miserable Joker wannabe who wants to be entertained by the suffering and hatred of others, and watch the world burn while he shoves potatoes down his face. All of his “political beliefs” flow from this.

THE FAKE NEWS NEW YORK TIMES WOULDN’T PUBLISH MY EDITORIAL ABOUT HOW BIDEN IS A SECRET PEDOPHILE. CENSORSHIP!

I didn’t think that Alex Jones should have been banned because this is a case where the slippery slope argument actually holds water. And for the same reason I don’t like banning Q groups. Who makes that judgement? What is or isn’t a Q group?

And, yeah, it does seem more problematic to do this to an actual newspaper which has some level of editorial oversight and standards. Yes, I know it’s a tabloid but still. How do we know that the story is “obviously false”? Are the emails real? There’s no way for Twitter or Facebook to have known that, as quickly as they acted.

And I’m not saying that I think that the Hunter story is important. It seems quite dumb to be honest. But Facebook and Twitter aggressively curating what stories people are allowed to look at and link to is important.

Not all censorship is bad. 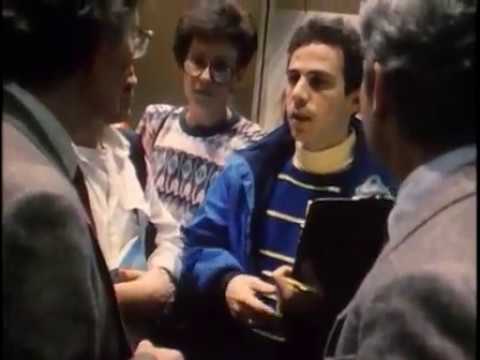 The vast majority of people here have complained for almost 4 years about the amount of ink spillef on Hillarys emails. At least like, 5% of the Hillary stuff was true. The stuff these days is pure fan fiction. It’s not news.

I think the Alex Jones stuff was mostly to avoid getting sued. It would not surprise me if he has a $100+ million judgment coming against him, and obviously twitter/fb/youtube don’t want similar ones against them.

And I’m not saying that I think that the Hunter story is important. It seems quite dumb fake to be honest. But Facebook and Twitter aggressively curating what stories people are allowed to look at and link to is important.

I actually agree with everything in this paragraph if you just change this one word.

Can we get a breakdown of what criteria are necessary and sufficient for a message to have for a media company (traditional, new, tech, etc.) to then be obligated to broadcast it into the lives of billions of people?

You’re the one who wants twitter to decide which newspaper articles its users are allowed to link to. What criteria do you want to use?

I think Twitter can regulate their platform, yes. “Being in a newspaper” is a shoddy criterion, as anyone can have a newspaper.

Can? No one is disputing that they can, absent a law or court ruling declaring them a public square. You think they ought to do stuff like decide the story about hunter shouldn’t be allowed to be shared?

Is it not in violation of their rules?

clicked thread thinking “this must be a keeeeed derail”, was not disappointed

I have no idea and it isn’t relevant to my question.