Do we need a Q thread?

Just watched a pretty terrifying vision from matt christman braking down a question to trump about Q and how the media framing is going to push trump towards Q more and more.

watch from about 3 mins to about 12 mins

Essentially his point is if trump wins (or “wins”) Q will become the justification for every step along the downward slide to fascism. All enemies of the state will become child raping, adrenachrome chasing monsters so we have to throw them into camps. Q people will have by the power of their belief alone brought their vision of the world into reality.

Why wouldn’t trump believe in Q? He is the great saviour of the entire world fighting the pedos and murderers. He already believes that everyone who doesn’t like him is a terrorist, why not a pedo? We are already seeing true believers enter into the power structures, and once you start having show trials you’re going to find out there were a lot of pedos out there after all. It’s honestly a really scary prospect.

Inside the Completely Nutso Universe of QAnon

An explainer for the conspiracy theory that’s taking over the GOP.

Just saw this pop up 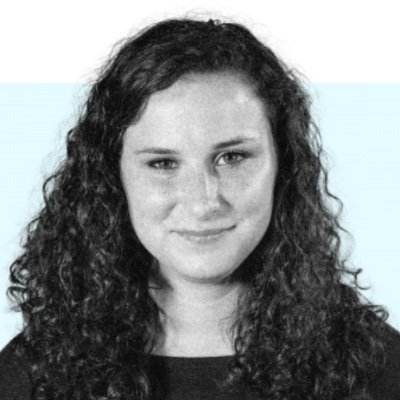 also a couple of people that mainly report on Q and are the hosts of the below podcast, planning on listening on an episode or two this week so I’ll report back if it’s any good

So mad I know anything about this.

I assume it will just merge with the Trump thread in short time.

Tom is right though, I don’t think we can just ignore it. Honestly it’s probably going to become the dominant driving force of the GOP within the next few years with the timeline dependent on whether Trump wins in 2020. Either way glad we got my daughter’s passport processed yesterday. I know we see it as somewhat of a joke but the rank and file Fox News watching Republican is completely unhinged and not a rational person at this point.

I just started this yesterday. It’s quite good. Couple it with Knowledge Fight to get all the info you need about the nutjob side of the world

The GOP became the tea party but that still wasn’t enough delusion for them to exist in the world. If material conditions get worse in “the greatest country in the world” they will need to retreat even further into fantasy. Q will become mainstream republican orthodoxy the only question is will the be marginalised or in ascendancy? Could be either.

I think it’s an important thread to have. There are a lot of people getting sucked into this and it will only grow the more attention it gets. There have been a few acts of violence committed by Q followers and it looks like it could get a lot worse depending on what happens in November

Thread is fine but no idea what we discuss in the context of a theory about literal satanic cannibal lizard people who are killing children in the tens of thousands.

there is not much else to say.

I once taught a course to law enforcement and prosecutors that took a deep dive into what the actual beliefs of the Sovereign Citizen movement were and what to watch out for. As a result i had to learn what those wackadoos actually believed. This reminds me of that.

The most substantive and very sad end of the Q phenomenon is the collection of stories on Reddit about people who have basically lost a loved one to Q. That sounds dramatic, but the experience is shockingly like drug addiction wrecking a family. It starts as a dabble, it starts consuming your spouse’s time, discussions about it escalate into irrational shouting matches, and then relationships end. The thread on UP about deplorable family members is sad but holy shit its even worse when the person you were counting on to help raise your kids starts ranting about Q conspiracy theories.

Do we need a Q thread?

This is so unexpected, but thank you. I’m flattered.

Thread is fine but no idea what we discuss in the context of a theory about literal satanic cannibal lizard people who are killing children in the tens of thousands.

there is not much else to say.

How to keep friends and loved ones who start to flirt with Q from falling into it. How to try to bring people back from it.

It’s standard SOP for cults to drive a wedge between cultists and their families. Without your family you’ve got nowhere to go but deeper into the cult. 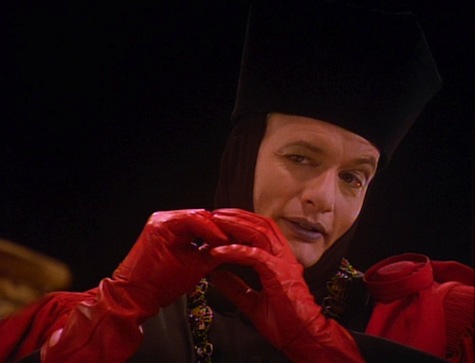 Remember when Trump ran and he was just the butt end of every joke for a while? Then the GOP was the punch line, like holy shit this party is such a mess that DONALD TRUMP is in the mix to be their nominee and these clowns can’t even beat this sucker. Then he won the nomination and some were happy and others were like, “Nah, fuck this, he’s too close to the presidency now, this is bad.”

That’s where we’re at with Q now, but we all know it’s bad this time.

That said, I think Democrats should try to weaponize this against him. Cut an ad about how Donald Trump is mentally unraveling to the point that he thinks that there’s Satanic cabal of pedophiles who rule the world, controlling everything, and that Donald Trump is secretly working to overthrow them covertly in The Storm, which will lead to salvation and utopia. Pull the most unhinged postings you can find on the Internet, pictures of the most batshit crazy Q followers, etc, and put it in the ad…

“This is what Donald J. Trump believes. He’s unfit to serve.”

It’s going to seep into the mainstream anyway, we might as well start out on the offensive.

It’s standard SOP for cults to drive a wedge between cultists and their families. Without your family you’ve got nowhere to go but deeper into the cult.

And GOP policies have made this country overall more susceptible to radicalization. Poverty goes up, access to healthcare goes down, wages stay flat, unemployment goes up, and people turn to substance abuse, crime, and conspiracy theories. QAnon gives people who feel hopeless a purpose. WWG1WGA, they are part of something bigger - something important, something saving the world.

Once they believe this garbage, everyone else is to them as the Trumper cheering on the cops beating protesters or cheering on family separation is to us… Morally reprehensible and someone who is not to be associated with. The rest of us are turning a blind eye on child sex trafficking and pedophiles running the world. How could we be so evil, so complicit?

This nonsense needs to be mocked by anyone and everyone who knows it’s bullshit, these people need to be made an example of by being the butt end of every joke. People need to know that crossing over into QAnon territory makes you the laughing stock of society.

By weaponizing Q, Democrats make those beliefs known to people who had never heard of them in the first place. If anything, QAnon would welcome it because then they’d get even more followers.

Anyway, this whole thing horrifies me. I can totally see my family believing this. Not sure they’d get sucked in like it’s Scientology but I can definitely see them dabbling in beliefs even if they aren’t aware of their original source.