I’m staking out a place to post stuff that most people won’t want to read. This may or may not include (without being limited to):

They say an idle mind is the devil’s workshop. Let’s find out.

Did not immediately mute the thread!

Let me just say, of all your schemes and inventions to tempt men along the path of avarice, sloth and degeneracy, NBA Top Shot is your best work yet. It’s even worse than PLO.

Did not immediately mute the thread!

Let’s fix this right off!

I’m fresh from WinCo, which is new to me. Did not know they were in Utah. Bought 10 lbs of Granny Smith apples, butter and flour. Hoping this stuff turns into apple pies later this week.

And just now, a new personal best for push-ups, 48!

So no one can say there’s no content here, this is from my walk back from the orthodontist a couple of weeks ago. I took the long way home after our biggest snow this year, a record for February. SLC doesn’t get much snow usually but it’s been especially sparse this year. 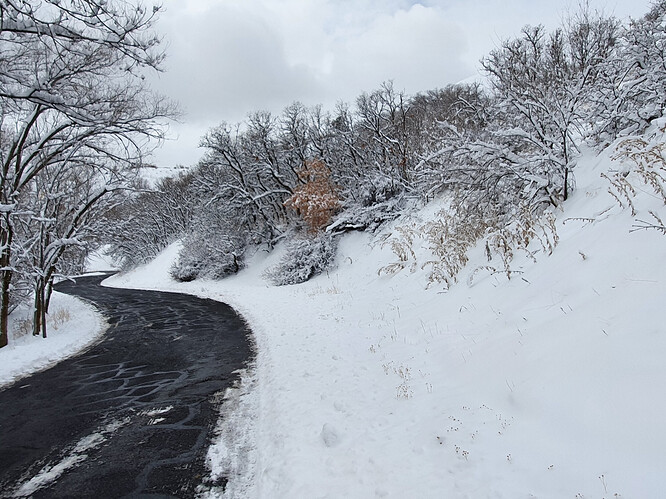 With this I’m out the door for my late-afternoon constitutional. It’s sunny and in the 40s!

How do you like living in SLC vs AZ? You were in Tempe iirc which is not my favorite place here. Utah looks pretty although I quite like Tucson where I currently live.

I always thought Tucson was nice, but being a SunDevil, you can’t really come out and say that very often.

SLC seems cleaner, safer, older, less impersonal than Phoenix/Tempe/Mesa somehow. The kind of place you’d like to raise kids, I guess. Lots of recreation close by if you like the outdoors. I’m in kind of a neat area near the state capitol that still has some affordable places to live. I can walk out a mile and be in the “wilderness”. Before Covid (BC) there were small restaurants and cafes and libraries to hang out in even closer. If you ride a bike, the city is fairly accessible. I was doing a lot of riding for a while. There’s decent mass transit (though I don’t use it, ha). The University of Utah is only a few miles away for college sports and BC it would have been convenient to do tutoring there.

I grew up in Mesa but was here in Utah for decades before going back to Arizona for a period and then coming back to SLC. I had expected the cost of living to be lower here but that’s no longer true. Rents are higher, for sure, and increasing. There is a significant homeless problem. Ofc that was true in the East Valley too. The overall population is growing quickly, even by Valley of the Sun standards.

The homeless thing bothers me. It’s certainly getting worse. I had a friend in grad school who worked on a major program here 8 years ago and progress made then seems to have totally dissipated afaict. Just read an article about families being evicted to make way for new apartments they won’t be able to afford. There are a huge number of buildings going up in and around downtown. Things are booming, but on a walk a couple of days ago, I passed 3 or 4 homeless encampments skirting the edge of downtown and there are people sleeping in doorways of closed businesses on Main Street. And jeez, it’s cold.

Air pollution is also a significant problem here, especially in winter. Inversions and the mountains tend to trap emissions to make it pretty unhealthy at times. If you’re rich you can literally live above it but that’s obviously not most people.

Neither Arizona nor Utah feels like home anymore, tbh. The friends I had here have mostly moved away. And of course there was M, who ditched me. Covid has me almost completely isolated for now. My last in-person conversation was months ago.

It’s your thread! Good information too. I don’t really know a ton about SLC, my only experience there was a quick lunch in the city on a long layover on my way to Thailand ~10 years ago. I quite like central Phoenix (lived there for a year a little while back) but not a fan of the East Valley either, it just seems like boring suburbia to me. People of course love Scottsdale but I’d hate to live there, even if the restaurant scene has improved considerably since I first moved out here in 2007.

It is interesting! Moar!

Not sure what you’d like to know. Within walking or easy biking range there’s lots of stuff. Multiple microbreweries, old (not European old, obv) churches, the LDS world headquarters, the supposedly haunted Peery Hotel, where one of Brigham Young’s wives ran away to when she got tired of his bullshit, the Utah Jazz arena, movie/stage theaters, a big downtown mall, Abravenal (symphony concert) Hall, multiple hospitals (if I get hit by a truck I hope they take me to the U), grocery stores and state liquor stores. Also lots of nearby hiking and mountain biking trails, including the Bonneville shoreline trail. Occasionally there’s a decent protest going at the capitol. This pic was the day after a climate change protest where they built small snowmen (the global warming killed some of them): 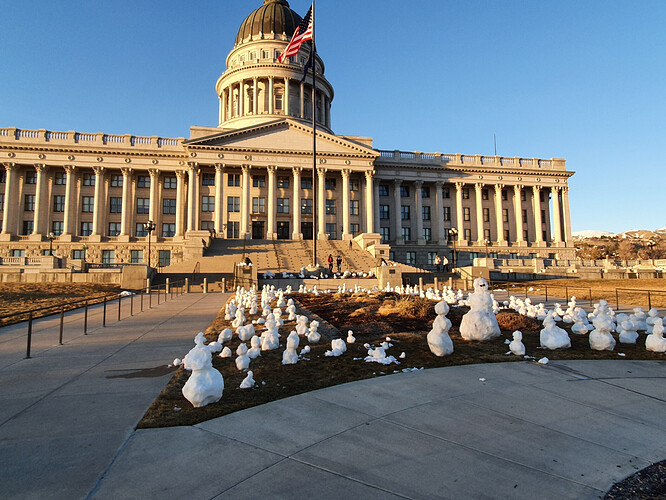 Within an hour’s drive, there’s lots of skiing. Some destination resorts, but also smaller places favored by the locals. I haven’t been in a while. Too expensive. The resort towns like Park City can be interesting. And there’s the Sundance Film Festival that happens there, though some of that takes actually takes place down here in SLC.

There’s no gambling, not even the lottery, unless you’re into home-game poker. You can go to Wendover in Nevada about 90 minutes away, or Vegas, about 8 hours by car.

Btw, in case you think I’m exaggerating the air pollution problem, this pic is from earlier this winter: 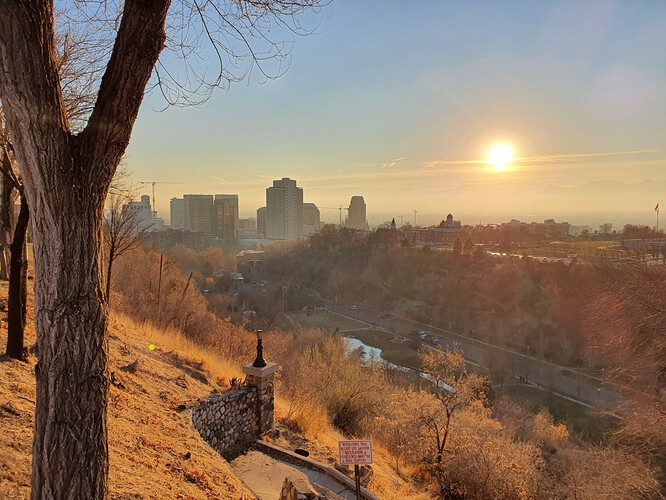 Admittedly this was a particularly bad day, but the sun is about to set behind mountains you can normally see clearly but here barely know they’re there. There’s a whole damn city beyond the tall buildings. Currently, we’re having a fight over a planned inland port that would make this even worse.

The population is pretty white. There are small but significant groups of Hispanics and Asians. Very few black people. I remember it was quite an occasion after Katrina when ~100 or so mostly black people came here from New Orleans. They seemed to like it here. Most of the black people I’ve met here were students I tutored, but then I don’t meet many people these days. The LGBTQ community is pretty active here. The city is surprisingly progressive. Some politics junkies may have been aware of the mayor during the Bush years, Rocky Anderson. The current mayor is a woman, as was the previous mayor. The last GOP mayor left office in 1974. I guess this really pisses off most of the rest of the state.

Staying for the apple pies.

Yeah, SLC is a surprisingly chill place to visit.

I promised bad jokes and math, so here you go. 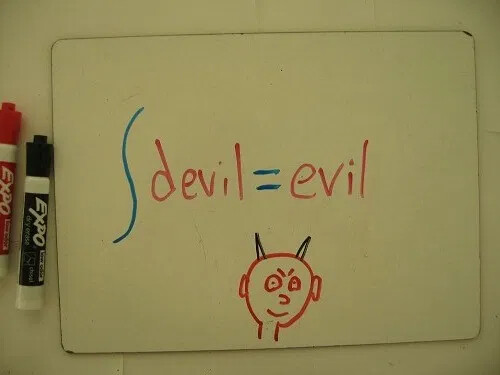 Source. Which reminds me, I need to buy Orlin’s book. He points out the cartoon is wrong with a second cartoon, but I like this version of that joke. 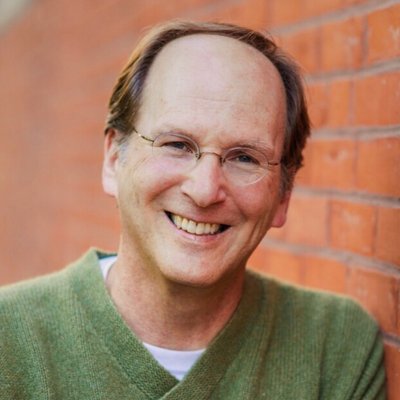 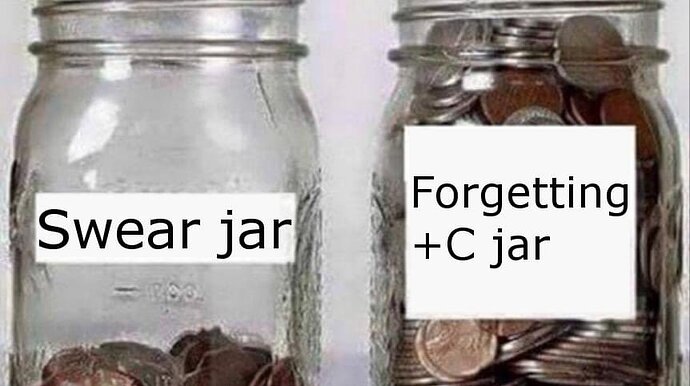 This is actually my favorite:

Two mathematicians are in a bar. The first one says to the second that the average person knows very little about basic mathematics. The second one disagrees, and claims that most people can cope with a reasonable amount of math.
The first mathematician goes off to the washroom, and in his absence the second calls over the waitress. He tells her that in a few minutes, after his friend has returned, he will call her over and ask her a question. All she has to do is answer one third x cubed.

He repeats “one third x cubed”.

She says, “one thir dex cuebd”?

Yes, that’s right, he says. So she agrees, and goes off mumbling to herself, “one thir dex cuebd…”.

The first guy returns and the second proposes a bet to prove his point, that most people do know something about basic math. He says he will ask the blonde waitress an integral, and the first laughingly agrees. The second man calls over the waitress and asks “what is the integral of x squared?”.

The waitress says “one third x cubed” and while walking away, turns back and says over her shoulder “plus a constant!”

I like everything that pictures how it feels to live where you are. If you go for walks, what you obviously do, any pictures are cool, anything that translates the feeling of the place.

And I have one (a couple

) more specific question. Can you write more about mass transit? Bus/Train? Frequency? How big area does it cover? How expensive? How complicated is the whole fare system? Why don’t you use it? Does the population in general use it a lot? Is it city or private? How does a bus/train stop look like? Weirdest thing you saw on a bus/train? …

There’s decent mass transit (though I don’t use it, ha).

Why can I still see light even though it’s dark and I have my eyes closed? The light is pulsing with my heartbeat. It’s very diffuse but a little more intense towards the center of my vision. Ambient light leaking through? *holds hands to eyes*. No change, so no.

I also notice that if I shift my eyes left to right, there’s a burst of light in my left eye. Right to left, it’s in my right eye.

Later I wake up in a sweat from a nightmare about grad school. Probably unrelated to eye experiments as the sweats aren’t unusual.

If it’s something new, maybe something to get checked. How’s your blood pressure?

Probably just your vitreous humor that fills the center cavity of your eye becoming more liquid and beginning to shrink:

Probably noticed these effects because I wasn’t sleepy and for a moment I wasn’t thinking about anything else.

The “light” isn’t bright. It’s barely noticeable. If I close my eyes now, aside from after-images of bright objects, I “see” what looks like white noise, though very dim, and it’s uniform across my view. Like a screen on a TV tuned off-channel. The eye-movement flashes are barely detectable above background in day. I just assumed this was normal.

BP 113/71 just now. I am due for an eye exam. Time for new contacts, so thanks for the reminder and the concern.