Old thread went over 10k posts, time for a new one.

The MacGruber show is coming to Peacock on Thursday! 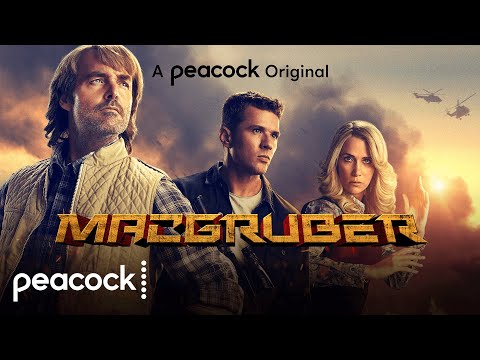 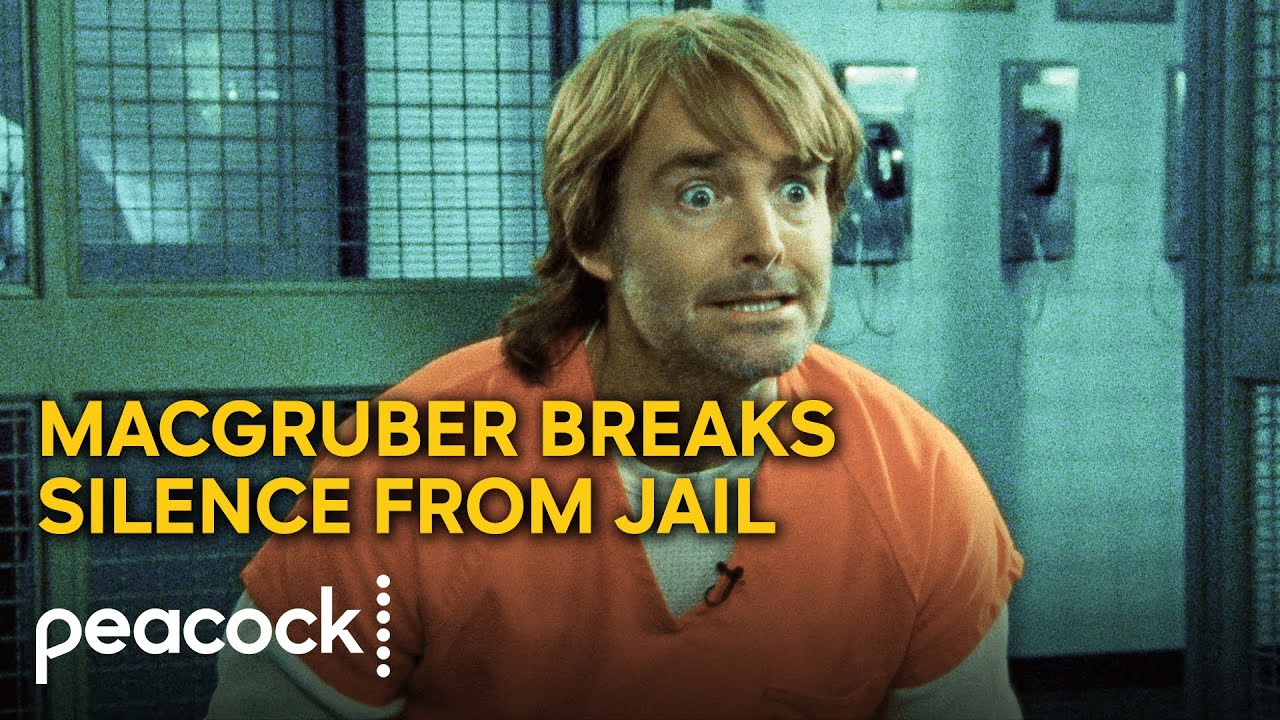 Also, NBC is doing some previews of shows premiering / coming back in January this week.

Grand Crew (“A group of Black friends unpack the ups and downs of life and love at a wine bar”) first two episodes Tuesday.

Previews of season 2 of Kenan (better than you’d think) and Mr. Mayor (rough start but got better; Bobby Moynihan is the best part of the show) on Wednesday. (And Young Rock, if that’s your thing.)

There is also a Mr Mayor Christmas ep this week, and agreed on Moynihan.

100 Foot Wave is a 6 part documentary series on HBO Max about the crazy guy who started surfing the mega waves at Nazare Portugal. It’s got cool footage that stretches back 10-20 years, very entertaining. If you like extreme sports stuff you should enjoy it. I can’t believe how old some of these surfers are that are doing this, pretty insane.

Other thing I didn’t like was Kendall’s instant switch from suicidal desperation on the ground in the back alley to basically ok and ready to roll during the car ride minutes later. That could have used the extra episode to flesh out.

He’s kind of always like that, though. He changes moods in a hurry.

Four episodes into Reservation Dogs and I’m not getting the hype. It’s not unwatchable or anything, which is how I’ve made it this far.

Agree, I watched it all but never really got into it. I’d love a spinoff that just follows the rapping brothers around. 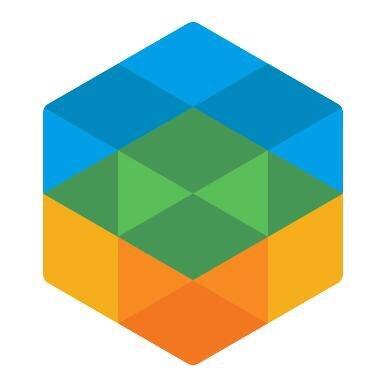 @EchelonInsights
When broken down by party, a clear plurality of Republican voters (3 in 10) said they favored GOP presidential hopeful Connor Roy as the future head of Waystar Royco. https://t.co/XXpKcz6Owu 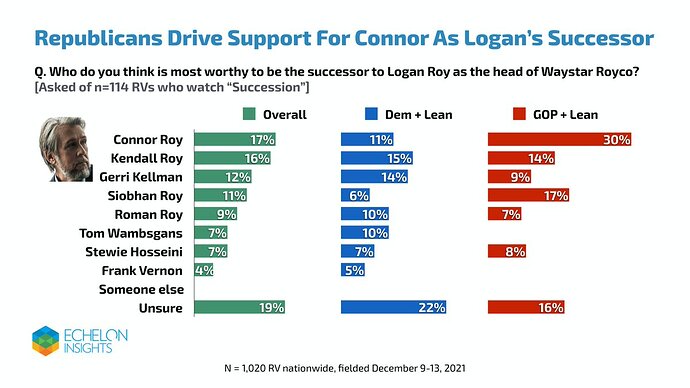 This would be amazing. 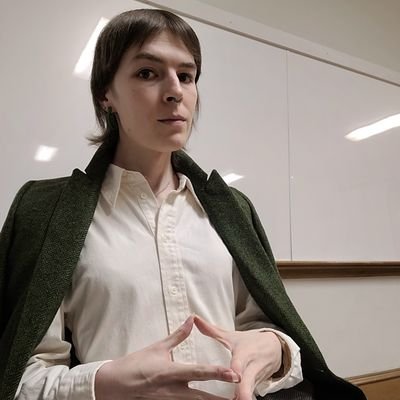 @theCBGrass
a show that's like Succession, only its about a middle class family who runs a Chrysler dealership in like an Indianapolis suburb. Just deep familial abuse & powerplays for no real stakes whatsoever, by people who aren't insulated from the residents whose labor they exploit
4 Likes
goofyballer December 20, 2021, 9:05pm #11

Is this real? My god

Feel like I really need to watch this show.

The double overheads I used to surf during epic winter swells made me want to crap my wetsuit in fear. What those guys do defies description.

Is the new Dexter any good or should I literally watch anything else?

I’d give it “not good, but better than the last few seasons” so far. Haven’t watched the last ep yet.

I had never heard of the group, but the twitter feed contains a bunch of polling about other more substantive topics, and 538 gives them a B/C ranking, so I’m pretty sure it’s legit.

“How to Appreciate Wine” definitely delivered

Finished Hannah. Enjoyed everything but the plot. Character development. Action sequences. All in all glad I watched the series.

High expectations for E2 of the Expanse.

Who doesn’t want to watch the further adventures of Yelena Belova and Kate Bishop?

So, as I understand it, Logan’s ex got control of some holding company in the divorce. Because of that, the kids were going to be able to stop Waystar’s acquisition by GoJo, presumably because their mom was going to be on their side. But, Logan got wind of their plan via Tom, and prior to their arriving at his lair he negotiated with the ex to get the holding company back, and take away the kids leverage.

My question: did Tom’s telling Logan do anything other than make everything more dramatic with the “Gotcha!” and “BUTNAH?” Like, let’s say the kids drop their little plan on Logan and he’s hearing it for the first time. Can’t he then call the ex and wheedle away the holding company? I mean maybe she gets a better deal because she’s more aware of what’s at stake at that point, but does it really matter whether he does that before or after the kids confront him? Did Tom’s “betrayal” of Shiv actually make any difference?