The person that put this in my mind went away on a trip with us, we named him non-co (non coperative) lol.

People who sit in the front and think they can mess with a man’s radio, Clyde you say, should be right hook Clyde all day everyday…

And what shit is Hugh keeven today… And a DJ that’s never played a tune in his life.

Mind you I wish the same could be said for the bastard that though of the GBX roadshow, 1,000,000 beats a Sec, sloooooow down ya rocket.

Bring back Tiger Tim… We loved you Tim.

DAW? Get yourself this Synthstrom Deluge. I got your bleep bloop also. 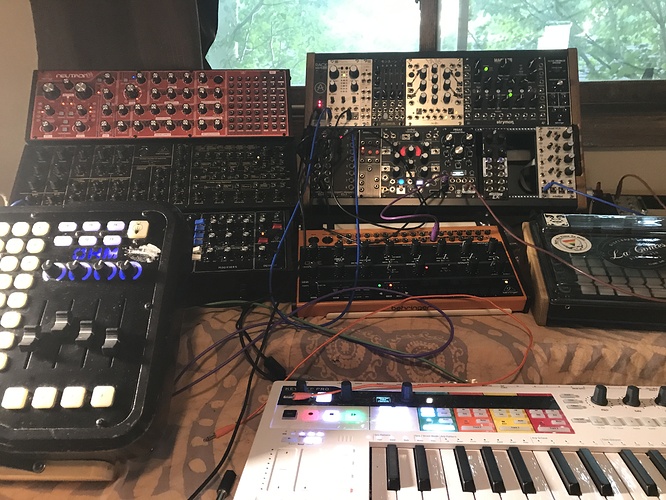 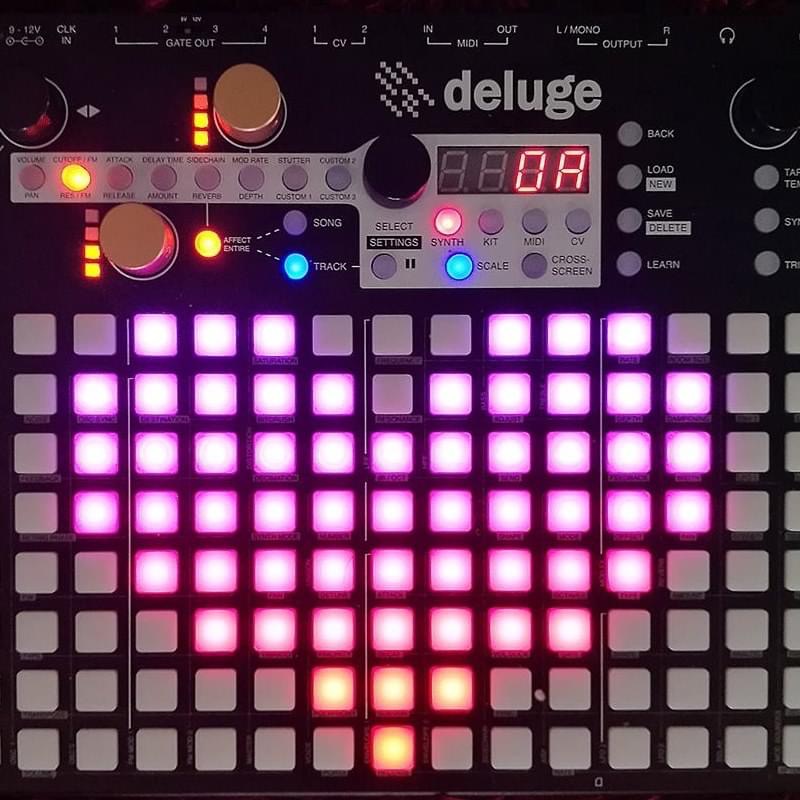 Disclaimer: I still use Ableton and Reaper

Everyone talks about all this wicking bullshit, but fuck that, cotton is king.

Nothing like having a cleaning lady giving you unsolicited medical advice on how to handle epilepsy. Doubly bad that it’s horrible advice involving stopping my medication and replacing it with meditation, yoga, and telling myself that I’ll never have a seizure again.

I know it comes from a good place but it’s pretty infuriating that people suddenly think they’re medical experts because they read conspiracy theories about big pharma and pseudoscience on Natural News.

“A reverse mortgage isn’t some sort of trick to take your home.” FFFFFUUUUUU Tom Sellick

Got on a tram today to get back to my flat. About a minute in, I see a girl coughing in one of the seats. People on the tram were pretty aware because despite how crowded it was, there was a small buffer zone between her and people standing.

A middle-aged woman was in the seat behind her and spoke passable English. She asked the girl if she was okay. I mean that shit never happens in the Czech Republic. Nobody asks strangers if they’re okay here but that coughing definitely concerned some people. Turns out the cougher is a French tourist in her early 20’s and of course she’s not wearing a mask. She claimed to be okay but fuck that. I’m 100% sure she has covid-19 and I’m she got a bunch of people sick because she’s too cheap to take an Uber. I can see why so many people here hate tourists.

As for my location on the tram, I saw the crowd I was in and put on my mask even before I heard the coughing. I was about 8-10 feet away for her and she was coughing in the opposite direction from where I was. I turned my back from her and there was enough people between us that those people probably inhaled before it got to me.

Knowing my luck, I have covid-dix-neuf.

I fucking hate hustle culture. It’s a crutch for unimaginative, non-thoughtful people who have gaping holes in their self worth and idolize destructive, pathological heroes. It diminishes humanity in others and the self. Of all the addictive behaviors, ideologies and substances I have dabbled in, its one of the ones I regret the most as I caused tangible damage to others by taking part in it.

It’s so fucking transparent. I hate it.

Never heard of the phrase “hustle culture” until now.

Seems like labor exploitation to me. That is unless you’re the exploiter.

One thing I learned by leaving America is how important time off is. Excessive work hours and poor conditions can take years off of somebody’s life.

The following is a political rant:

Next person that mentions Texas is turning purple is gonna get popped.

It is fucking impossible to find a decent webcam in stock. That’s it. That’s my complaint.

Friends who completely disappear once they’re in a serious relationship (or even worse, any relationship).

I have had a few friends who have done this, but I’m talking about one in particular right now. And he’s kind of needy and codependent-ish when he’s not in a relationship. We lived together and it was pretty sick. But he shacked up with this girl a few months ago, that he’s only been dating a few months. And now it’s like he doesn’t even exist anymore. Doesn’t respond to texts, doesnt participate in group chats, doesn’t do anything except spend all his time with her. It pisses me off.

When I’m in a relationship I put plenty of priority on my friends. It’s cost me relationships too, or girls getting pissed at me because I’m texting my friends. I tell them - these guys were here before you, and they probably will be here after you too, so tolerate it or step aside. My boys are my boys.

I feel I have very high standards of loyalty that hold me back in these situations, though. Because I’m just likely to write this guy off as a shitty friend and pay him no mind until the relationship is over (or ever), but then our friendship will be ruined. I could talk to him about it, but he probably has no idea and if he does then he just might not care, or take it the wrong way.

I totally understand people disappearing when they have kids. Hate it, it makes me sad, but I get it. It’s all consuming and there’s a life that depends on you. Of course you’re gonna put all your priority on that.

But a fucking relationship? Especially one that’s just a few months old? Or less than a few years old? Gimme a break. Those are a dime a dozen. Get over it.

And he’s kind of needy and codependent-ish when he’s not in a relationship.

It sounds like maybe he’s needy and codependent when he’s in a relationship, just with her and not you. And you sound kind of jealous.

It isn’t jealousy; I miss my friend. I am happy for him but definitely think it is the mark of a shitty friend if you engage in this kind of behavior. I mentioned him being codependent because when he’s not in a relationship he’ll gladly be all over your shit constantly (which was at times annoying). So it’s like he just uses people to help his own insecurity.

Mostly just pissed I had a shitty friend and didnt realize it.

First, some guys shut off the gas to the building. No hot water and no gas stove. Now there’s a leak.

ETA: Seems that correlation doesn’t equal causation. Looks like the leak has been going on possibly for months. I just didn’t notice until I slipped on the puddle that eventually came about due to the leak.

Fuck you Saint Whomever’s Episcopal Church in north wherever.

It’s been a long time since I was a churchly man, but I once was. I was elected Junior Warden (this translates to grounds manager, an uncompensated position) at this fabulous little integrated church in an impoverished neighborhood. And I loved it. I did all sorts of things: tons of lawn mowing, tile-setting, painting. You name it. So…come in one Sunday (the first Sunday of the month, when we would have our monthly potluck) when someone in a panic buttonholes me and says “hey_you, the kitchen sink is leaking!” “No problem.” says I, thinking sinks leak from time to time, and there’s stuff in the closet that might help. So I poke my head under the kitchen sink for the first time and it seems there was a long history of leaks. And past Junior Wardens had repaired them with, I shit you not, black electricians’ tape. It seemed the whole underside of the sink was made of black tape. So, while my churchmates were singing and worshiping Jesus, I was running to Home Depot and impersonating a plumber. I know this doesn’t sound like the worst thing ever, but worshiping alongside a bunch of Black people was very life affirming to a young hippy-dippy liberal like me. Also there was Stephanie, who had long legs.

Everything turned out okay. And lunch, as I recall, was pretty good.

UPS wouldn’t just leave my package of TP I ordered from amazon at my door without a signature and instead wants me to drive 15 minutes to go show ID and pick it up at some store. IF I WANTED TO GO TO SOME DISEASE INFESTED STORE I WOULDN’T HAVE PAID AMAZON MARKUP AND WAITED 5 DAYS. So now I’m wiping my ass with tissues.

If you really want to teach UPS a lesson you should stop wiping your ass.