I saw Midsommar today. It was alright I guess. More of a rent it/stream it rather than pay full price at the theater.

Anyone see Once Upon a Time yet?

I saw Once Upon a Time and despite loving everything Tarantino does I didn’t really love this one. Felt a bit like movie homework and if you didn’t know who Manson or Tate were or what really happened, I think much of the film is going right over your head.

It looks beautiful tho and DiCaprio was amazing. And there is a scene with Pitt at a ranch that is proper tense too.

That mirrors an early review I read as well, said the Manson stuff was almost an afterthought. I want it to be good because I want him to succeed without the Weinsteins though.

Agreed. And given the box office success, it seems the public is desperate for adult movies that don’t have someone flying or shooting lightning bolts out of their eyes. I hope he gets to that Kill Bill sequel some day

IDK. I hope they start making movies about invincible, smart alec comic book characters smashing each other into CGI infrastructure. That would be cool.

I thought they were overdoing the vampire thing a while back, but holy shit.

Hey it’s a business. Those “films” make a boatload of cash. They’re doing to movies what reality shows did to TV. Sucks but it’s here for a while.

Rewatched Oldboy (the Korean one, not the English-language remake) this weekend. Hadn’t seen it since shortly after it came out and, holy crap what a mindfuck. I had forgotten about many of the particularly gnarly details.

Anyway, can’t imagine many out there haven’t seen this, but recommend it for those who haven’t.

Saw the latest Mission Impossible on a sling free preview thing, look it was fine, but 97% gtfo: 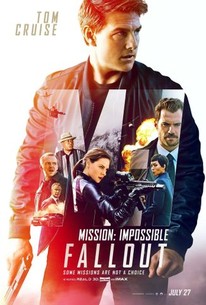 The first one remains by far the best because it got the balance of comedy and suspense right, it is also the least ridiculous plot although chopper in the tunnel was a bit much.

It’s gotta make $180m to break even. Do you think that’s realistic?

4 is probably my favorite, as its the first of the current cast run, and I think they all play off each other really well.

Plus I’m a Simon Pegg mark.

This article from WaPo says the budget was 100 mirron. And the larger question of whether or not it’s a hit is pretty interesting too. I think it will get to 100 but not 180. But I’m just guessing really. A modern box-office mystery: What to read into the numbers of ‘Once Upon a...

The box office for the fictionalized take on the 1969 Manson Family murders is dividing the entertainment industry.

I don’t like that they chose to over humanize Hunt in 3 by marrying him off and stuck with that model. He went from being a snarky boyish Bond to a conflicted romantic hero. He’s totally going to have a kid or niece or nephew to make world vs. kin decisions over in the next one.

The official budget is reported at $90. Hollywood accounting says to double the budget to breakeven (most movies spend the budget in ad/pub and the spots for this were ubiquitous in the run up to it coming out). The movie will very likely make $100m in the U.S., but I don’t know what its international release prospects are and was a bit surprised it wasn’t released in both markets on the same day.

I’m sure Leo and Brad are bankable overseas, but the basic idea of the movie is purely American, which suggests that it won’t have a huge international market. Tarantino movies tend to do well overseas, so I don’t think the movie should make a difference as to whether it’s released there.

It’s his second highest budgeted movie behind Django and has nowhere near the upside of that, in my opinion. If it drops like 45% week 1 to week 2, it might have some legs but reviews have been very polarized on it. I feel like most who wanted to see it saw it in the first weekend/week.

If it does well overseas, it will be fine obviously. Didn’t Tarantino famously say he would only direct 10 movies and retire? I believe this was his 10th, and based on the reviews it seems like he went out big and on his own terms.

Is Kill Bill counted as one?

Hateful 8 should be counted as -1

I guess it’s both? 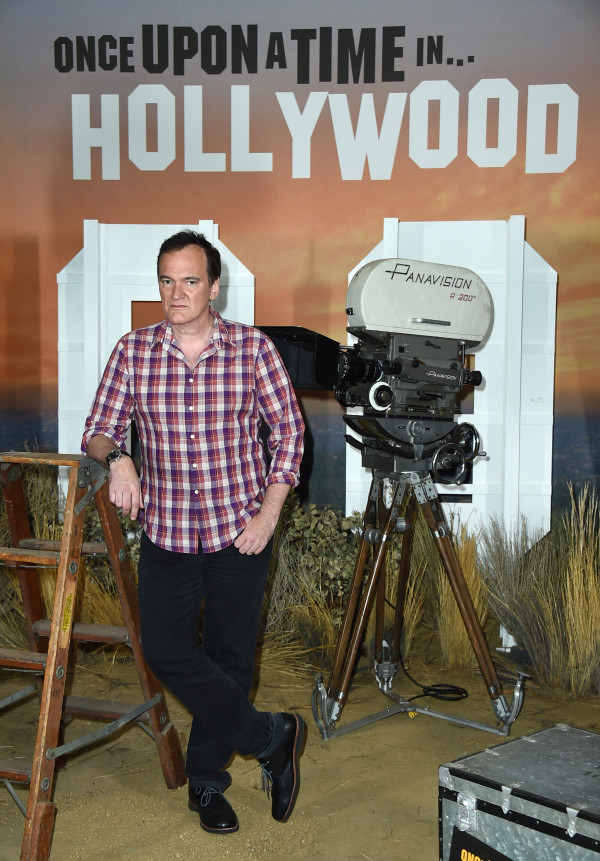 This idiosyncratic filmmaker’s 10th film depends whether his meticulously re-created salute to the dream Hollywood of his youth is a fairy tale the world wants to see.

no he’s advertising it as 9th

The ultimate trick would be if he just never makes another one, and leaves them wanting.

Sweet career to make 9 movies and have enough money to live on well into retirement well.