Marijuana: This is a therapy

I mean, if the stuff that was in the pipe I cleaned last night was also in my lungs I’m not sure how it can’t be damaging on some level. It’s like gooey asphalt.

I mentioned in another thread that a guy I know who smoked all his life (but never tobacco) has copd and his docs were asking him 30 years ago if he smoked (tobacco) because his lungs were jacked up even back then.

I quit smoking except for at concerts and stuff like that. I could definitely feel the difference after a few months. I use a pax 2 and a volcano rip off for flower.

Edibles are the future. If I could just find one that didn’t taste like ass

Tincture is pretty simple to make and then I usually make sous vide gummies. 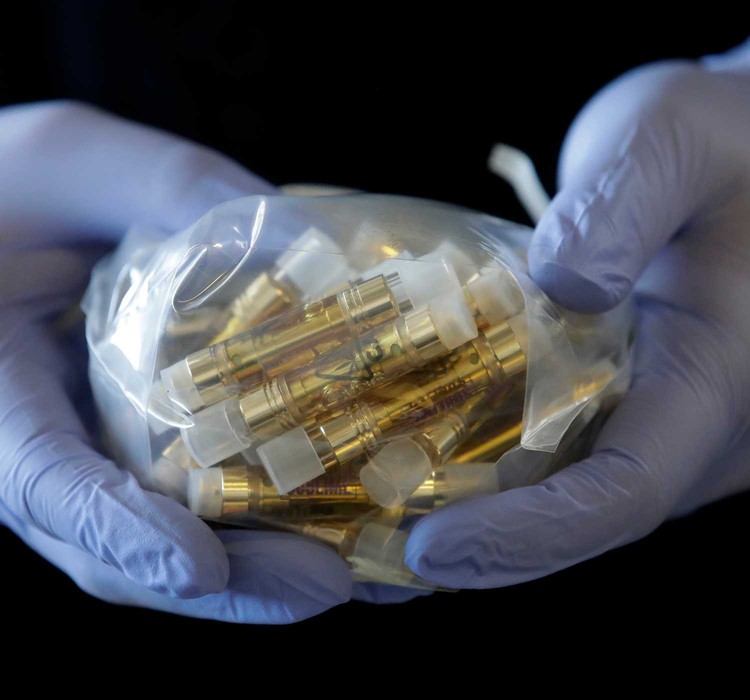 Investigators have a prime suspect for vaping-related lung illnesses:...

THC is increasingly the focus, but officials say they can’t rule out nicotine products.

The mark up on edibles purchased commercially is pretty bad too.

Weed is currently legal for recreational use in my state, but licensed recreational marijuana stores aren’t expected to apply for licenses until December.

Rn on the grey(?) market good shit costs about 200/ounce

Still illegal federally, so resale or possession of more than 11 ounces is illegal. A buddy of mine used to grow and had a medical card but he was growing like hundreds of plants over his legal limit, dea showed up one morning, didn’t arrest or charge him but took his plants and sliced the cords on his equipment

Million dollar idea would be to start a recreational marijuana store right on the michigan side of the border with Toledo. Like fuckin right on the border

Honestly, I’m not super sophisticated about this stuff, I assume thats an ok price?

All you peeps are very lucky and one day I hope to be able to do this if it ever gets legal over here.

Dam all I want to be able to do is light up legally when at my family’s house and I swear the propganda is strong here.

One day I’ll be able to try it, one day.

For now it’s Amsterdam or nothing.

I pay 16/100mg and thought I was getting ripped off

Anyone grow? (personal use only)
NJ should legalize soon and live on a smallish farm . . so why not.

It’s in the works. Can legally grow quite a few plants here. Too late in the year for an outdoor grow and don’t really want to spend the electricity and part of my house to grow indoors. Will probably be starting some up next year.

Is there a pm facility here?

Click someone’s avatar and it brings up a box with a message button in it.

i like weed but i HATE the names of weed strains. with the exception of “jack herer” all weed names can go to hell

Skywalker is very adequately named tho

I smoked the first strains of it over a decade and a half ago - has a fond place in my memory. I’m not sure anything like the original strain still exists, they all feel like knockoffs to me.

Completely agree that the vast majority of strain names are dumb AF.