The U.S. Senate is currently 53-47 bad guys. The GOP is defending 23 seats, the Democrats are defending 12 seats (there are 2 special elections). Here are the races this year:

Alabama: Doug Jones is going to lose to either Tommy Tubberville or Jeff Sessions because Alabama.

Arizona: Martha McSally lost in 2018, then was appointed to fill McCain’s seat in 2019. She is a deplorable POS. Her opponent Mark Kelly is polling well. He is the spouse of gun violence victim Gabby Giffords. Democrats need to win this one to have any chance overall.

Colorado: Incumbent Republican Cory Gardner is in trouble in this state Trump lost. His likely opponent is former governor John Hickenlooper, who apparently ran for President. Another must-win.

Iowa: World class scumbag and shameless deplorable Joni Ernst will win because Iowa, though there are some rumblings this one will be competitive as Ernst is a world class idiot/scumbag.

Maine: Susan Collins is in big trouble. Another must win.

Michigan: Gary Peters (D) will likely win. If he doesn’t we have bigger problems.

Minnesota: Tina Smith (D) is popular and will likely coast to re-election.

New Hampshire: Jeannie Shaheen, who I never heard of until right now, is apparently safe.

North Carolina: this could be the ballgame. Scumbag Thom Tillis is running against a generic democrat whose name I’m forgetting. Tens of millions have already poured into this one and it could decide the whole thing. I have almost no faith in North Carolina election legitimacy even though Democrats now control the state government.

South Carolina: Lynzeeeee is up and will probably win but no result would make me happier than a humiliating defeat. Early polling is surprisingly close.

No hope at all in KY considering the outcome of the governorship and that old turtle head polls at the very bottom of senators nationally?

I just don’t see it. McGrath is not a good candidate and they know Mitch brings home the bacon. And they absolutely love the racism.

This is fucking wild: no Democrat is running in this race. (there’s an independent with no prior career in politics who says he will caucus with Democrats, but like, come on, dude has no chance)

Sullivan won his seat by two percent in 2014. Come the fuck on, put somebody out there.

I know Senate is different from governor, but I wonder if Kris Kobach could tank this election too like he tanked the governor election in 2018, would be pretty hilarious

If he wins the primary

It’s a pretty close race. Last I checked, Fighter Pilot Lady was within a few points of Mitch.The DNC’s time-tested message of “I was in the military!” has worked so well in the past to get out working-class voters, I don’t know why it won’t work here.

If he wins the primary

That’s another election I’ll be giving a skip this year. My choices are the useless old git who’s been in Congress for over forty fucking years, or the “young, anti-establishment challenger” candidate role being filled this year by… *checks notes* anther fucking Massachusetts Kennedy? No. Just no. You can count me right out of that shit.

But good job making her your choice Chuck. Good fucking job, you just love losers as long as they raise money.

The only reason KY has a democrat governor is because the last governor was just that bad. Democrats got wrecked in every other election.

You’re a tad rough on Montana here. We already have one D senator (Tester, who’s decent enough), and Governor Bullock (D) is taking a shot at the remaining R incumbent - currently polling ~ even.

For those who counted only 32 like me, OP is missing Oregon, Rhode Island and Texas.

Path to 50 is basically hold everything except Alabama while flipping all of Arizona, Colorado, Maine, and North Carolina, and fading Manchin flipping parties.

Next best shots for a flip are Iowa, Kansas, and Montana.

I know we all love sports analogies.

So if Amy McGrath was a basketball team, she got beat by Duke. Her response is, well I guess I’m ready for the Los Angeles Lakers, and Schumer bankrolled her attempt.

She isn’t winning, please donate to the other close races. And I say that as the resident Moscow hater.

Reminder that in 2016 the winning party in the senate elections matched the one for their state in the presidential election 34 out of 34 times.

People voting Trump and then Democrat for senator are going to be a very, very small percentage of voters.

Just remember that when you think that we have a shot in places like South Carolina, Kansas and Kentucky. We don’t. These places are hopeless. 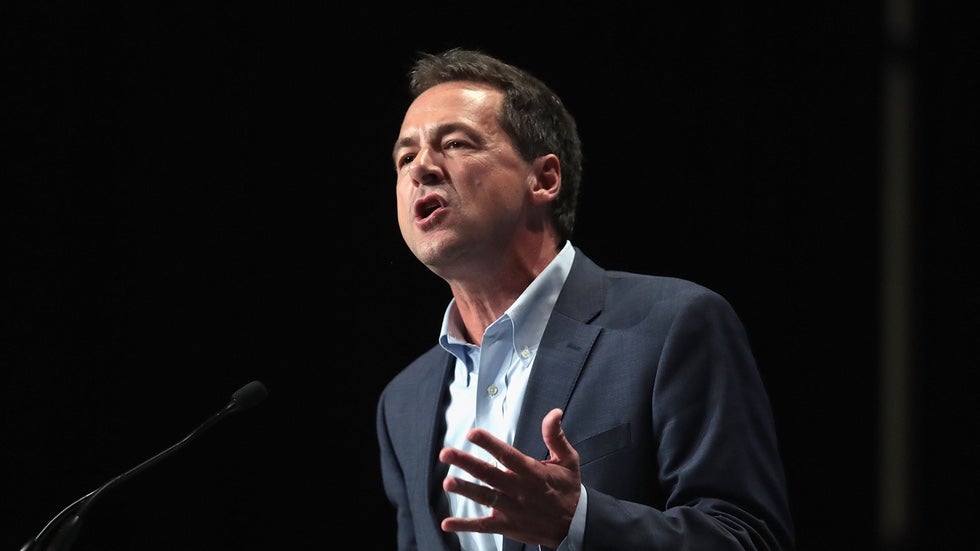 My apologies lumping Montana in with the other no population GOP layups. I’ve been to Missoula and it seemed surprisingly progressive (and awesome).

Not sure how I missed Oregon, RI and Texas. Mistakes were made.

I don’t believe this, but if you want to dream… 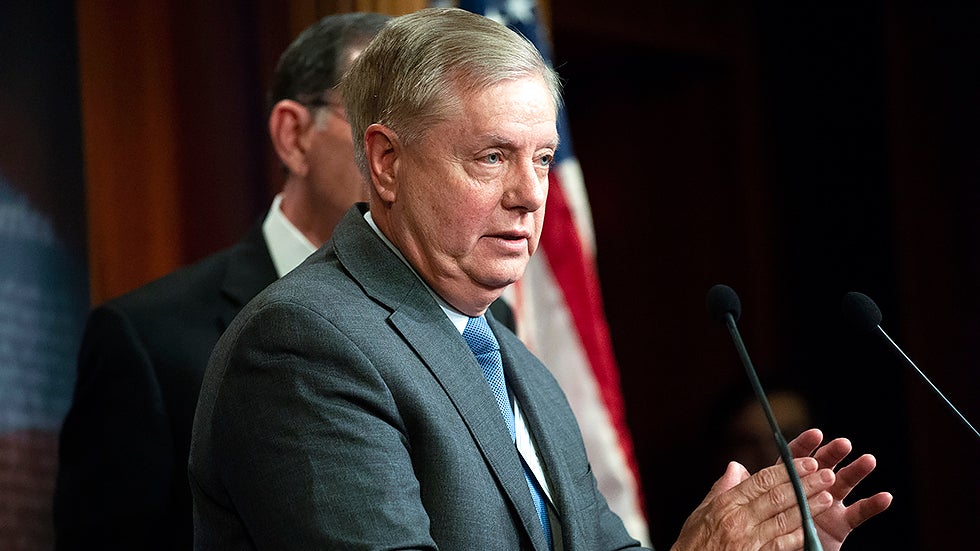 Sen. Lindsey Graham (R-S.C.), a vocal ally of President Trump's who is frequently in the political and media spotlight, is suddenly facing a competitive reelection race back home. 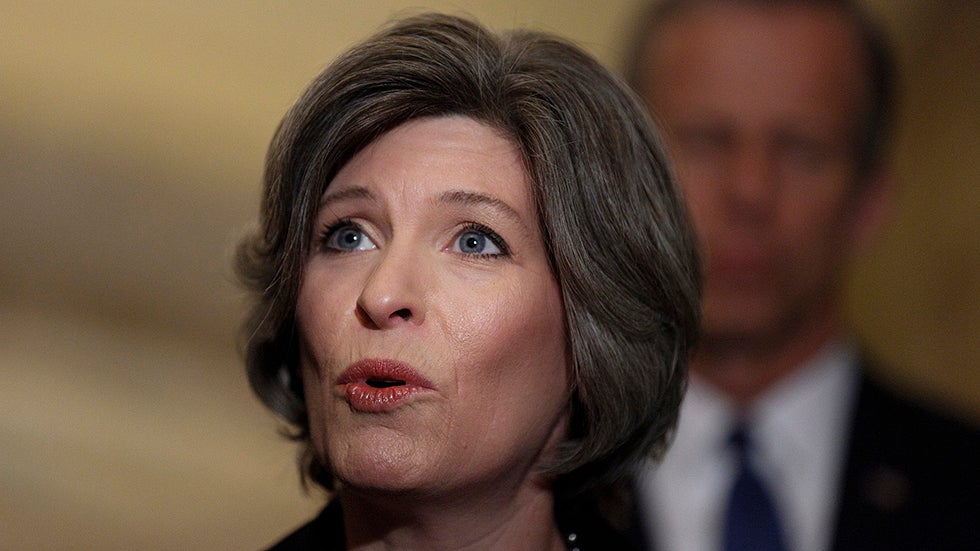 The Senate race in Iowa is tightening, according to a new poll that shows Sen.

Yeah I agree. I’d love to see it but I have a hard time believing either of those backward-ass states does something right.

Iowa is plausible. Obama won it twice, and 3 out of 4 House members are Democrats.

South Carolina is a pipe dream.

It’s kind of scary how thin the dem’s bench is. Stacey Abrams is a state rep from Georgia who lost her only statewide election, and she’s a favorite to be the VP pick. Beto couldn’t win his statewide senate race and decided the next logical step is to quit congress and run for president. McGrath lost her super winnable congressional race, so we’re gonna back her for senate.

And that’s not even getting into how all of those people also objectively suck (Beto has his moments).

Reminder that in 2016 the winning party in the senate elections matched the one for their state in the presidential election 34 out of 34 times.

Obviously Trumpism changes things somewhat, but I think the correlation is unlikely to be 100% in this election.

The problem is that nobody with any talent right now would want to be a politician. Seriously I make less than half of what a member of congress makes and there’s no fucking way I’d ever want that job. It looks like the most frustrating do nothing bullshit ever. I can’t bring myself to cold call much, even though if I did half as much as a member of congress does trying to fundraise I’d make more than they do.

The only reason to be a politician is if you’re an at least semi incompetent grifter type who doesn’t mind doing nothing and has no shame (helps for the cold calling).

Modern American style corruption did this. The way a Republican political candidate is born is the oligarchs go looking for someone who agrees with them already so that they can give them money without it being a bribe. The way a Democratic candidate is born is the same oligarchs go looking for someone with a good pedigree who is also a giant loser so that they can pay them to lose without it being a bribe. There are a few exceptions to this, but we’re talking about <25 people out of hundreds so I’m pretty sure they are the exceptions that prove the rule.

Oh and both types have to be dumb enough (usually) to somehow do a lot of political stuff without wanting to kill themselves (or at least not following through on it) despite that political stuff never producing results any sane person would ever actually feel good about.

Like imagine how much willpower it would cost to spend one day as a legislator for either party right now without losing it and burning your entire career down the first time someone stuck a microphone in your face. I say this as someone who has burned many many bridges over the years lol.